Birdlife of the Khwai River, Botswana

The Khwai River area is a wild haven for a variety of species. The endless supply of water provided by the river offers a consistent and stable water source for plant life, wildlife and birdlife alike. It bestows the opportunity for strength and survival, a lifeline to the area and its inhabitants.

After recent rains, the bush is gifted with a fresh burst of life and energy. This also brings a change in species, the Khwai offering year-round diversity. Captivated by the birdlife of the Khwai and its surroundings, we contacted Brendon Newton,  Manager of Mogotlho, Khwai River, to share some personal insights with us. When one lives in the wild one begins to notice the intricate ebbs and flows of its character, how it changes with the seasons and the delicate shifts in ecosystems. Having spent many hours in observation and appreciation, Brendon now knows the bush through its sounds, smells and clues left in sight; reading and analysing nature’s newspaper on a daily basis.

Brendon’s passion for the wild is clear in his descriptions of birds in the area – even in point form! Read his recounts of the birdlife in and around the lodge, his words transporting you to the riverbank and bush roads of Botswana; a sensory experience of the wilderness. 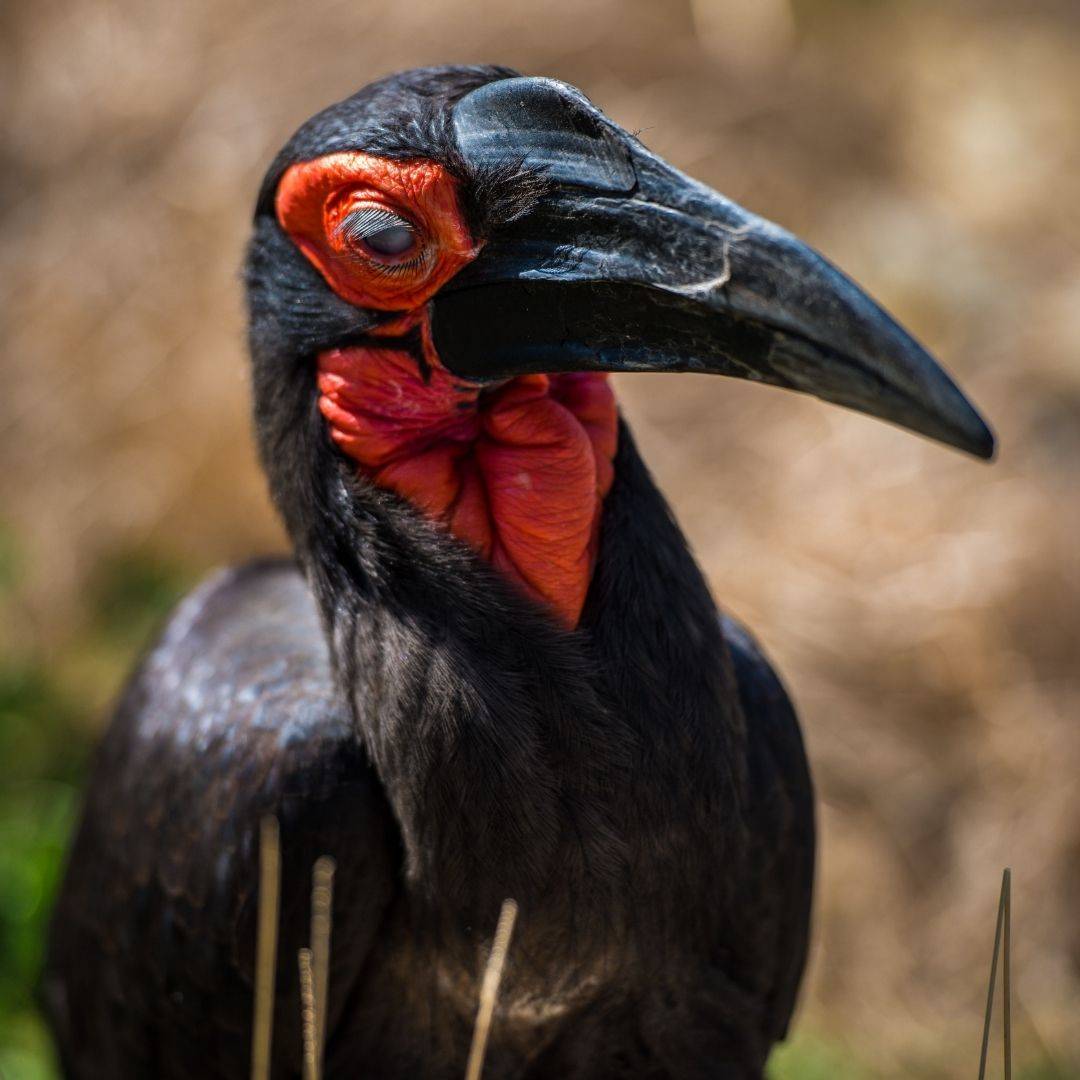 Nothing is more soothing to the soul than waking to the call of the Southern Ground Hornbill.

This vocal bird uses its wattle to make booming calls that are so loud, they’re often mistaken for a lion’s roar – and can be heard from kilometers away. It is the largest of all hornbills and is regarded as one of the ‘Big Six’ birds to see in Southern Africa. A fully-grown southern ground hornbill stands more than a metre tall and can weigh up to 6 kg. 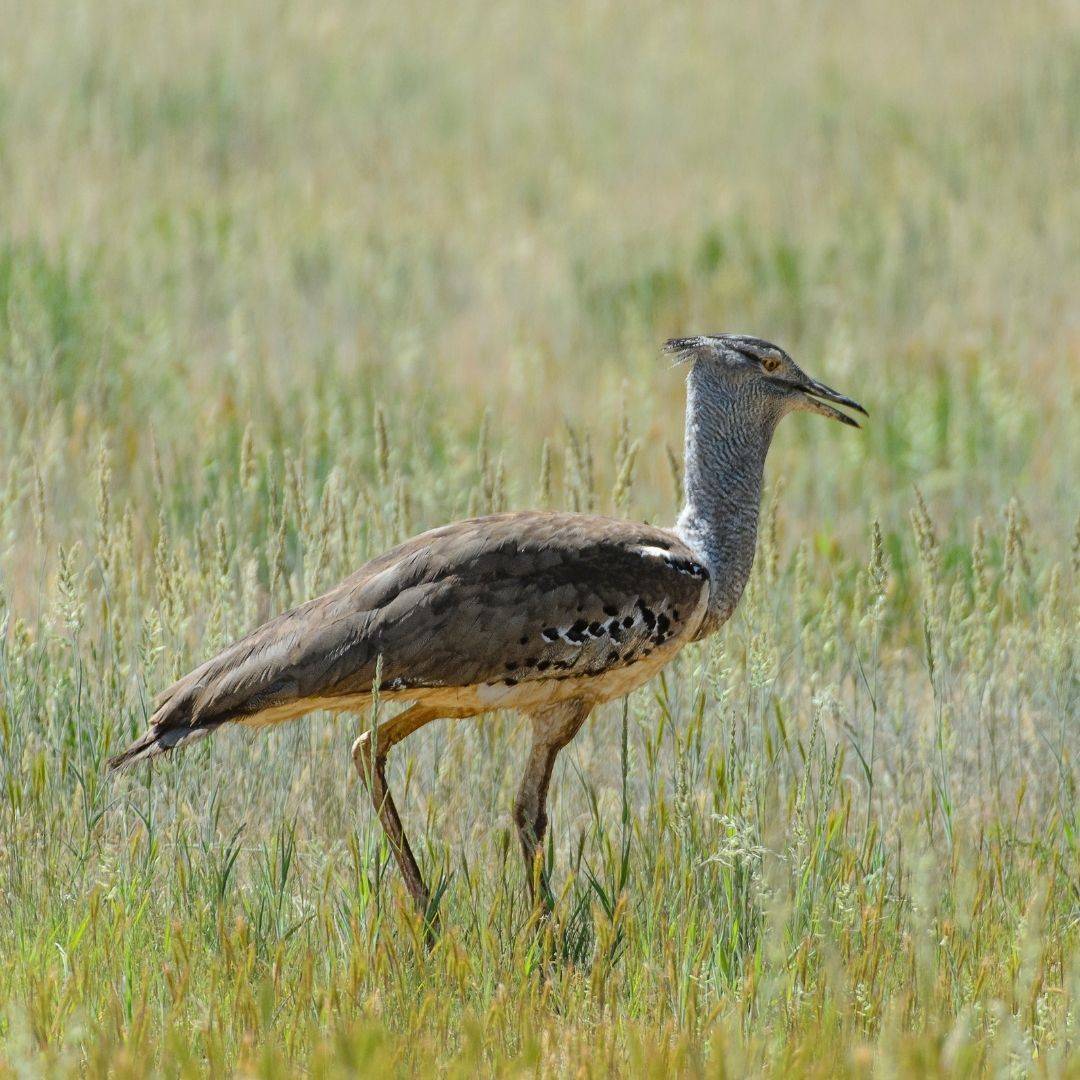 The Kori Bustard is the National Bird of Botswana – and ONLY royalty may hunt them (much like the swans of the UK).

They can have a lifespan of 27 years. Their top speed can reach up to 80km/hr. The Kori Bustard is Africa’s heaviest flying bird – weighing in at up to 18KG. 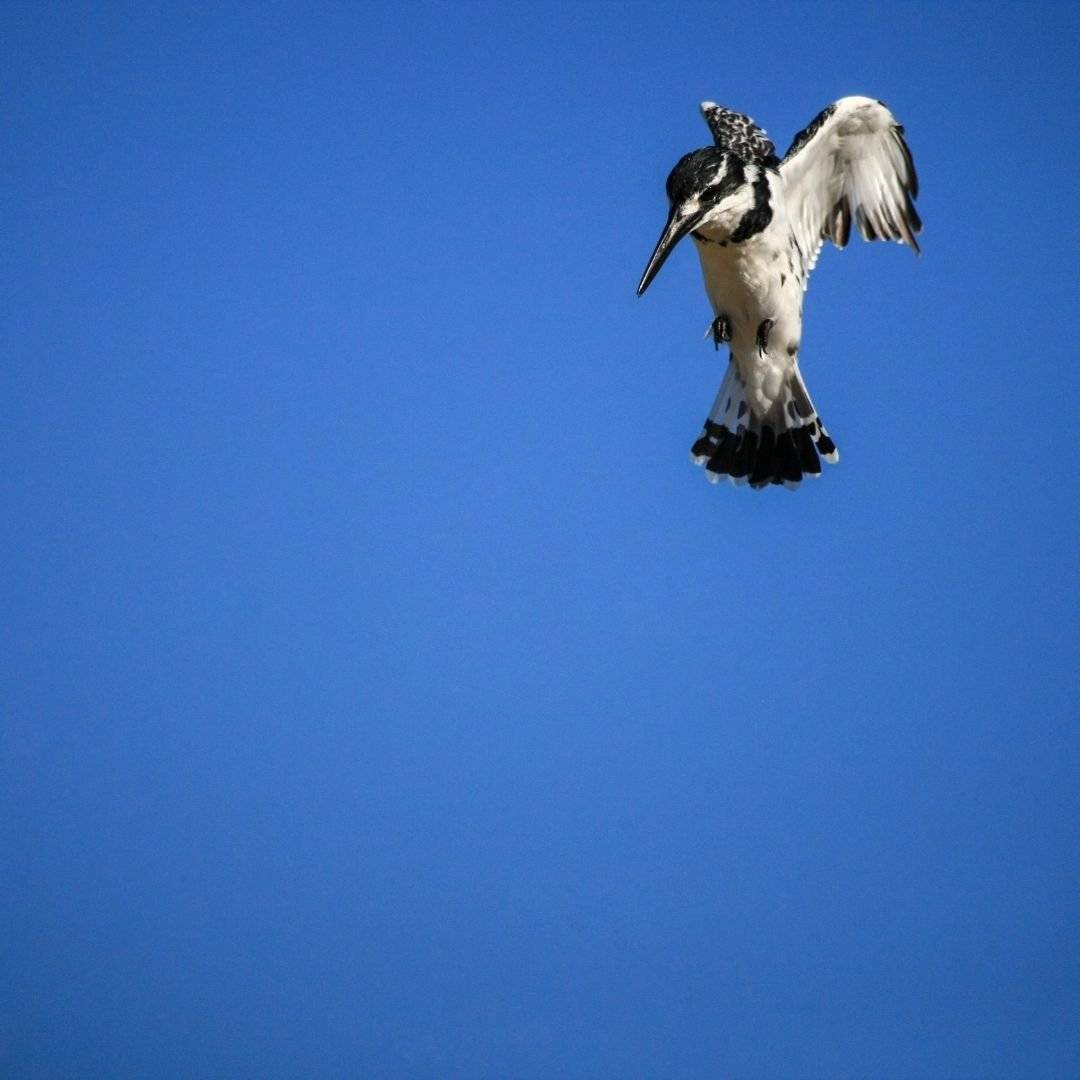 A favourite past time is watching the Pied Kingfisher as it hovers over the water before plummeting down to catch a fish.

Kingfishers are fast-moving and fly at speeds of up to 50 km/h. They are our largest ‘hovering bird’. They feed mainly on fish and can swallow their prey in mid-flight. 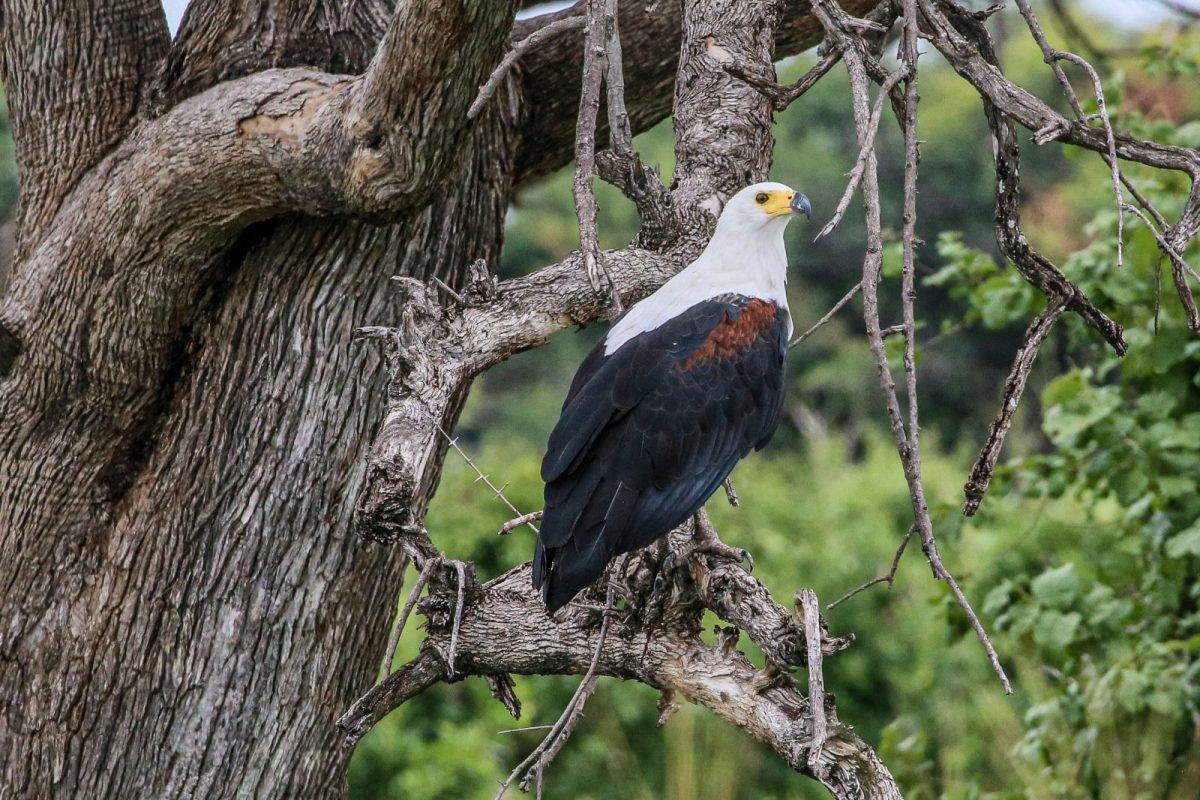 Listen to the soulful call of the African Fish Eagle, the most distinctive call in Africa, as the sun sets over the Delta!

The Fish Eagle is known around the world as a symbol of strength, and is often used to show the power of a company, country or organisation. They belong to the Haliaeetus genus of sea eagles, one of the most ancient bird genera. These birds have been here since long before man. In fact, they’ve been here since before primates! Fish eagles are loyal birds. They mate for life. Amazingly, these birds sing duets with hippos. Fish eagles provide the treble while hippo grunts offer the baritone in this animal orchestra. It’s best heard late in the afternoon when you’re relaxing at a safari camp with a drink in hand!

Driving along the river one can also see waterfowl such as Knob-billed ducks, Malachite kingfishers, Pied kingfishers, Pygmy Geese, Lesser Moorhens and Water Thick-knees. As one drives inland a little away from the river one can see birds such as the Red-Crested Korhaan, Helmeted Guineafowl, Crested Francolin, Kori Bustard, White Browed Sparrow-Weaver, White-Crowned Shrike, Bateleur Eagles, Tawney Eagles and Magpie Shrikes. The area is a wealth of healthy species, waiting to be experienced in both sight and sound.

Spending time in the wild, observing, listening and learning about its ebbs and flows gifts an insight into its character. Contact us on the form below to immerse into the world of birds in and around the Khwai River.

Get in touch with us by completing the form below.
PrevPreviousMatobo Hills: Black Eagle Paradise
NextBeyond the Lodge: Mana Pools National ParkNext