Botswana is a destination diverse in scenery and ecosystems, and a Chobe River cruise experience should be firm on your safari list. From salt pans, to desert, to open grasslands and winding waterways, its landscapes hold a variety of habitats for a wide range of wildlife. Botswana is rich in culture and resources, proud and willing to share both with the safari seeker and African adventurer. It understands the thrilling chase for the wild and untamed, for these are the qualities of its character.

Existing in anticipation of the ebbs and flows of the seasons, waiting for the rains to fill up the waterholes, rivers, deltas and pans, Botswana demands a sense of patience. Its national currency is named after its most treasured resource, ‘Pula’, meaning rain. Due to its semi-arid climate, rain in the green season is even erratic and unpredictable, therefore always revered by man and beast.

A predominant life-source of Botswana lies in the northern boundary of the Chobe National Park; the Chobe River. The National Park itself covers 11 700 sq km, the park holds an abundance of wildlife which depends on this water source, especially towards the dry season when inland water deposits disappear. Chobe National Park is also known as ‘the Land of Giants’ due to its large elephant population. 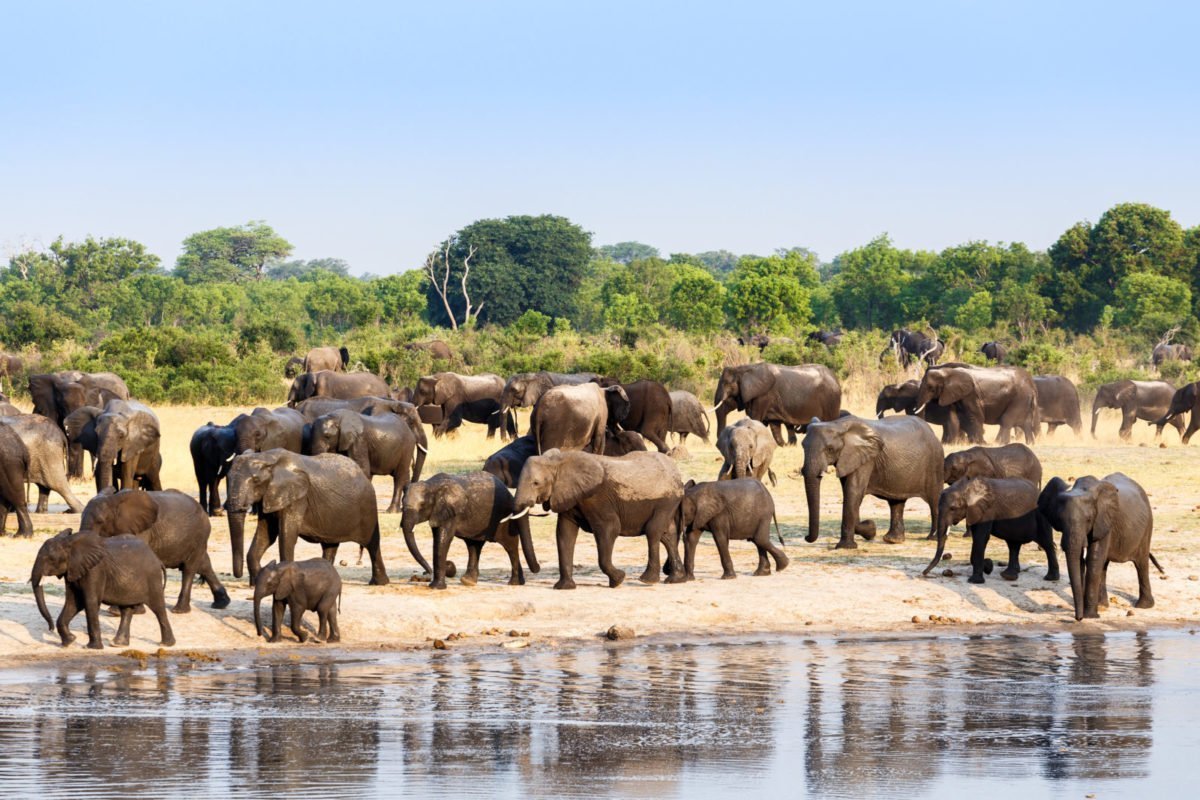 Supporting approximately 120 000 elephants, it is one of the largest surviving elephant populations in the world. The park is located near Kasane Town, the main gateway to the national park, as well as on the borders of Zimbabwe, Namibia, and Zambia – the only place in the world where four countries meet. Animals move freely between the countries, making the area a veritable animal intersection.

Chobe National Park is abundant in abundance, offering guests an opportunity to see thousands of elephants, hundreds of buffalo, giraffe, zebra, kudu, lion and even leopard. The buffalo and elephant are known to swim to nearby islands, lush with vegetation and safe from predators on the mainland. The wildlife can be experienced both by classic safari vehicle and boat cruise – each offering up close encounters with nature. The game in Chobe is very relaxed, allowing intimate viewings from both land and water. 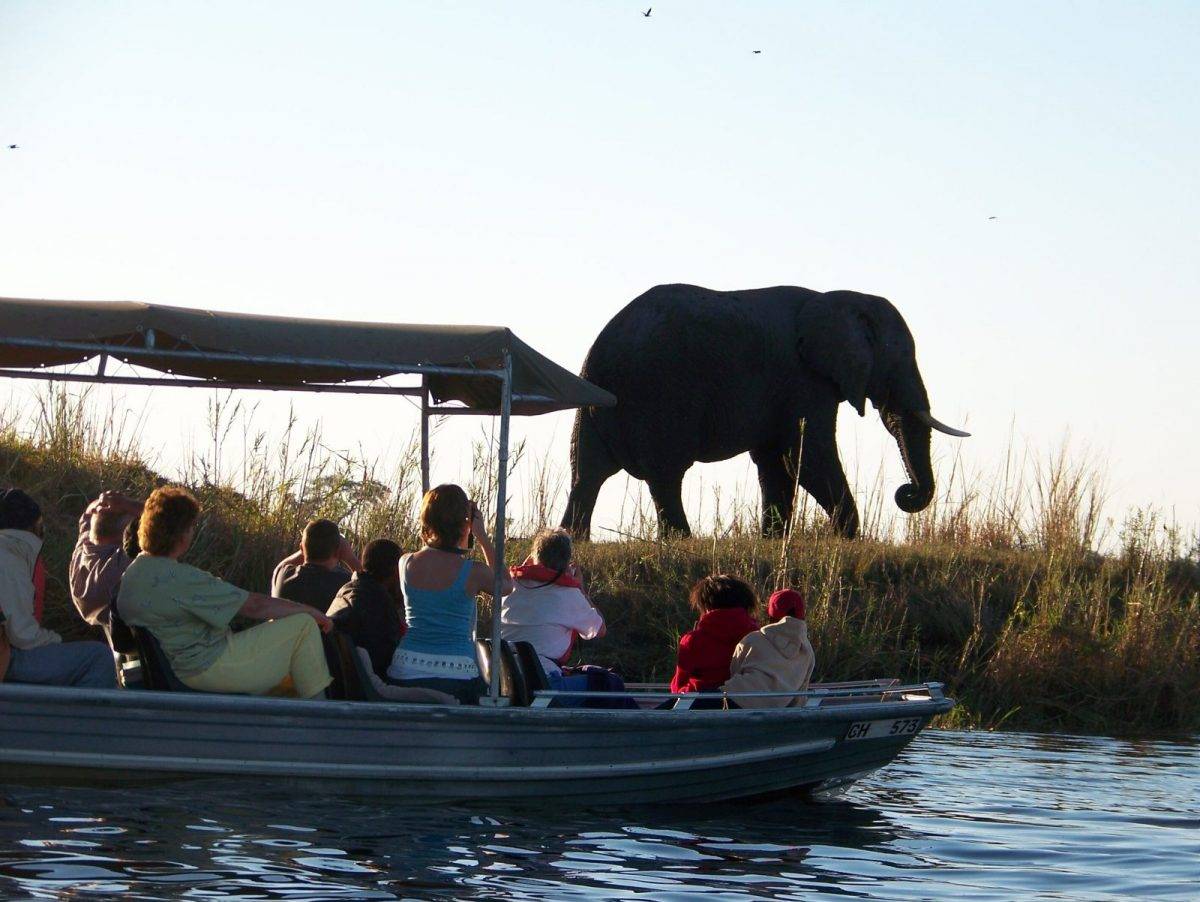 While staying at Camp Kuzuma, located in the Kazuma Forest, guests have the option to embark on a river cruise upon the Chobe River. The Kazuma Forest area is equally prolific in wildlife sightings, with an ancient animal corridor running parallel to the lodge, however a river cruise adds an additional charm to one’s safari. If one spends 3 nights at Camp Kuzuma, soaking up the surrounding sights and experiences, the river cruise becomes complimentary, a gift from Hideaways of land to water.

A safari experience upon water holds a unique charm – in its invitation to unwind, floating alongside islands and national parks; its viewpoint of the African landscape different to any other. One is able to glide silently up to wildlife quenching their thirst along the shoreline, respectfully witnessing their ways. A professional guide directs the cruise, highlighting the wildlife wonders which nature decides to reveal. One cannot ever guarantee sightings in nature, however with the Chobe being the main life-source for the area, more often than not one is gifted with large herds of elephants and buffalo swimming, drinking and playing in the cool waters; liquid gold for wildlife. 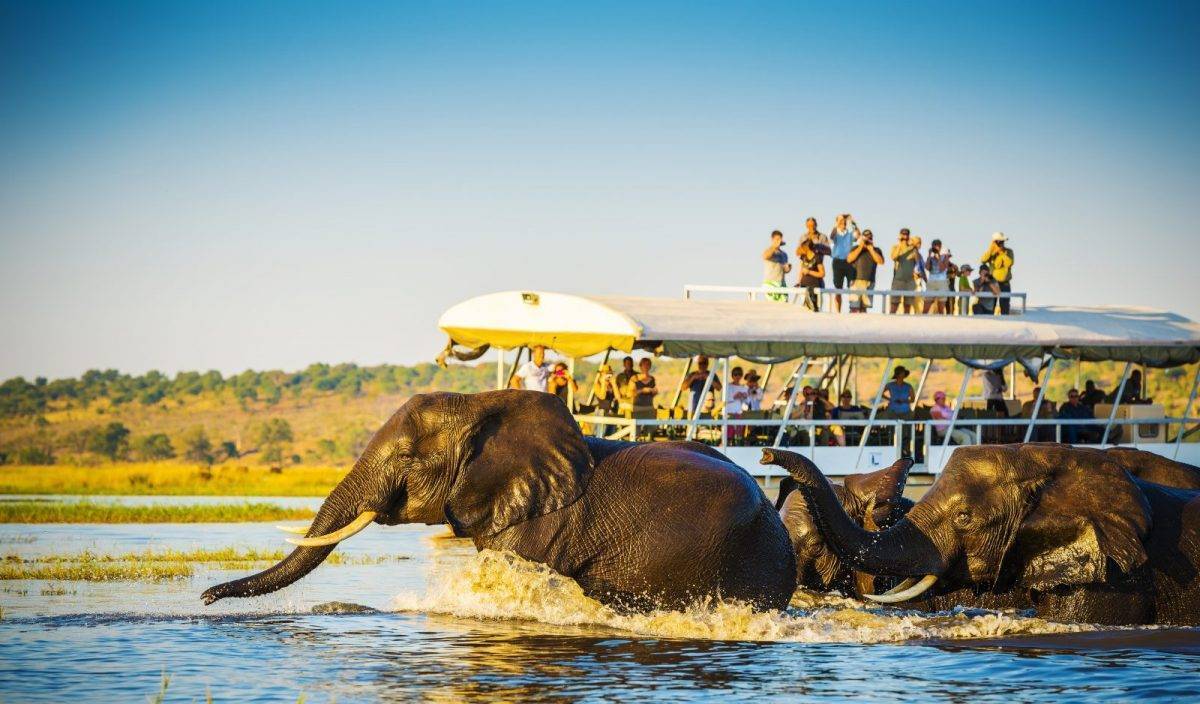 The area is also prolific in birdlife, a wide variety of species inhabiting the woodland forests, the open savannahs as well as the riverine habitat along the water’s edge. It boasts rarities such as the African finfoot, the white-backed night heron, Ross’s turaco and the pennant winged nightjar. Upon a cruise you will get close to spoonbill storks, saddle-billed storks, kingfishers and African skimmers. A birder’s paradise.

From the Kazuma Forest to the waters of the Chobe, a safari with Camp Kuzuma will satisfy your wildlife bucket list cravings, encapsulating all from land to water.

When travelling to Zimbabwe, a visit to Hwange National Park is a must and should be part of any Zimbabwe…
Read More
PreviousLake Kariba: Operation Noah
NextThe Addictive Nature of Mana Pools