In a While Crocodile

Lake Kariba is home to a healthy population of the Nile crocodile (Crocodylus Niloticus). The name is derived from the Greek word krokodeilos which means “pebble worm”, referring to the appearance of the crocodile. In full, “the pebble worm of the Nile”.

An apex African predator and fearsome reptile, its menacing reputation precedes its presence. Top of their hunting game, therefore top of the food chain, crocodiles are revered by man and beast alike. With the strongest bite in the animal kingdom, this reptile is given a wide berth in all 26 Sub-Saharan African countries where it resides. Having the ability to regrow any lost teeth throughout their lives, which last between 70 and 100 years, they maintain their ferocity right to the end. Perhaps this is why they have been so successful as a species, having inhabited Earth’s waters for 95 million years. 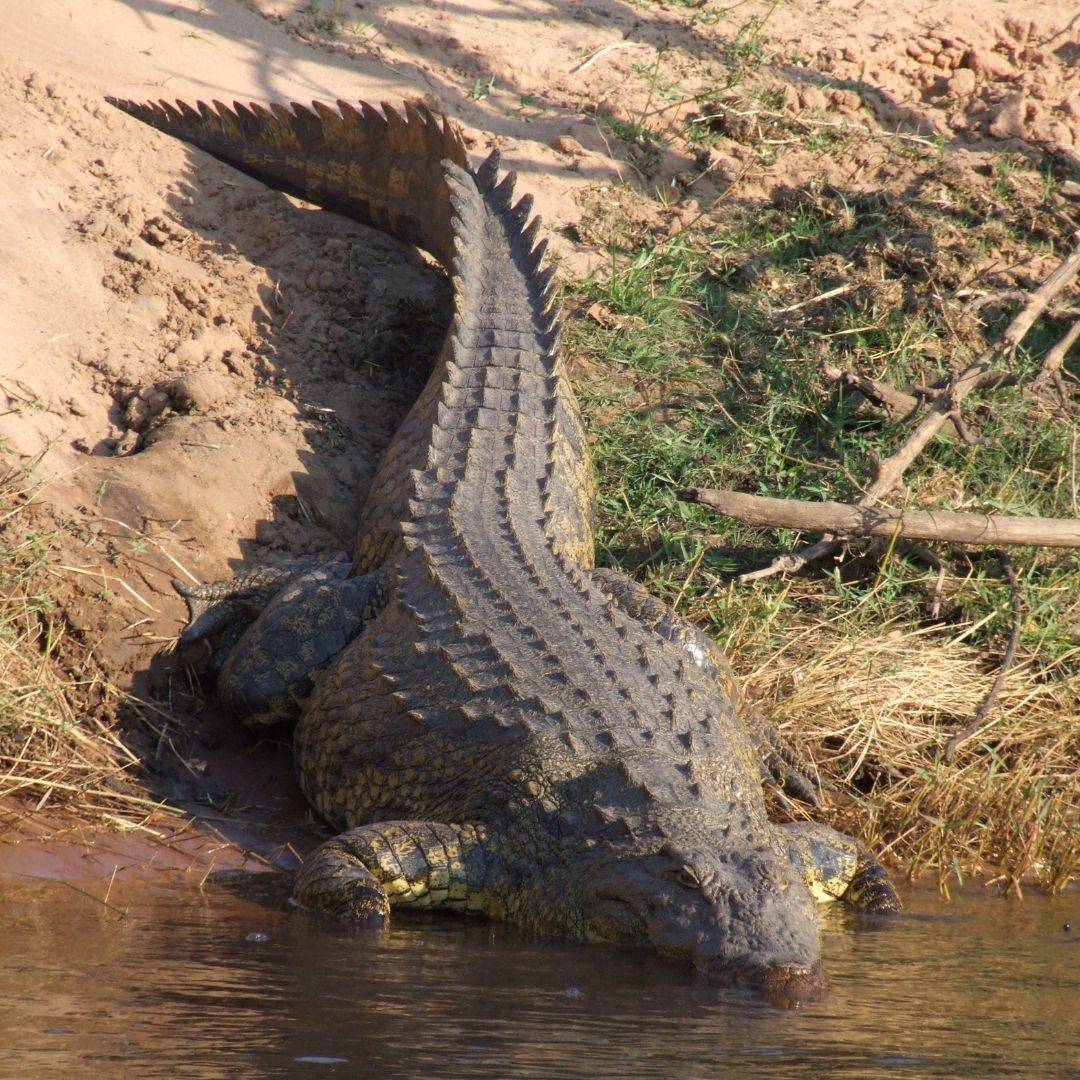 Crocodiles can lay up to 60 eggs at a time. Breeding occurs during the dry season, with the males performing an elaborate display of splashing and slapping their snouts upon the water. Two months later, the female will find a suitable spot along the riverbed to dig a hole, depositing her eggs into the nest and burying them in the sand. She will then guard the site for the next 90 days which is unusually maternal for a reptile as most lay their eggs and leave them to their own devices. The temperature of the nest determines the sex of the offspring; females are produced with temperatures below 88 degrees Fahrenheit and males between 88 – 93 degrees. 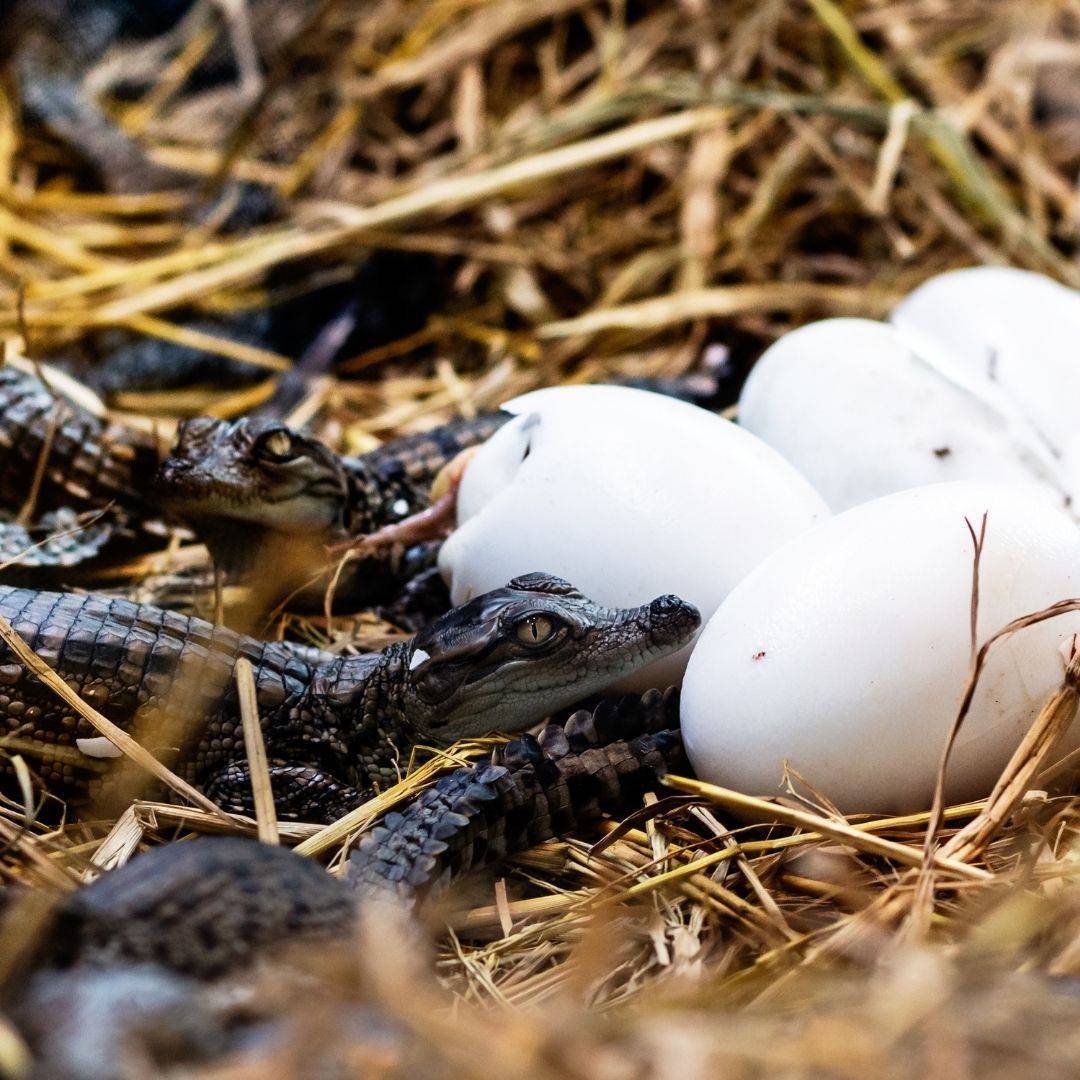 The incubation period is between 2-3 months. Once the young are ready to hatch, they make small chirping sounds to alert their mother. She will then begin excavating the nest, helping gently crack some of the eggs in her mouth if they are not able to emerge alone. She will then carry them in her mouth from the bank to the water, however, they will stay in her presence for another two months for protection from predators.

A group of adults are referred to as a congregation, whereas the young are known as a clutch. It is often thought that crocodiles are anti-social creatures, however, they often congregate in shallow waters and areas of high fish density, blocking the fish and feasting as a result.

Crocodiles can survive for a whole year without food due to high acid levels in their stomachs. This acidic content also means they can digest bone and horn, extracting and absorbing every bit of nutrition from their prey. Crocodiles are ambush hunters, waiting in the shallows to grab their prey off the riverbank, pulling them into the water and twisting them into a death roll. Crocodiles can’t chew, so they apply this strategy to use the animal’s weight and inertia to tear off chunks for it to swallow. There is a lot of power behind this maneuver, with an average weight of around 750kg pulling down prey.

While staying on the Sovereign Houseboat, one is deep in their territory, the lake and its surroundings their kingdom. One may see them gliding past, disappearing in the blink of an eye into dark waters, a mere rippling of their presence remaining behind. During a game cruise, you may come across a crocodile basking on a sandbank. Crocodiles are ectothermic, meaning their body temperature is derived from the external environment. Their skin is designed to maintain heat while their open mouth releases the warmth from their body, which is how you will often find them when upon land. 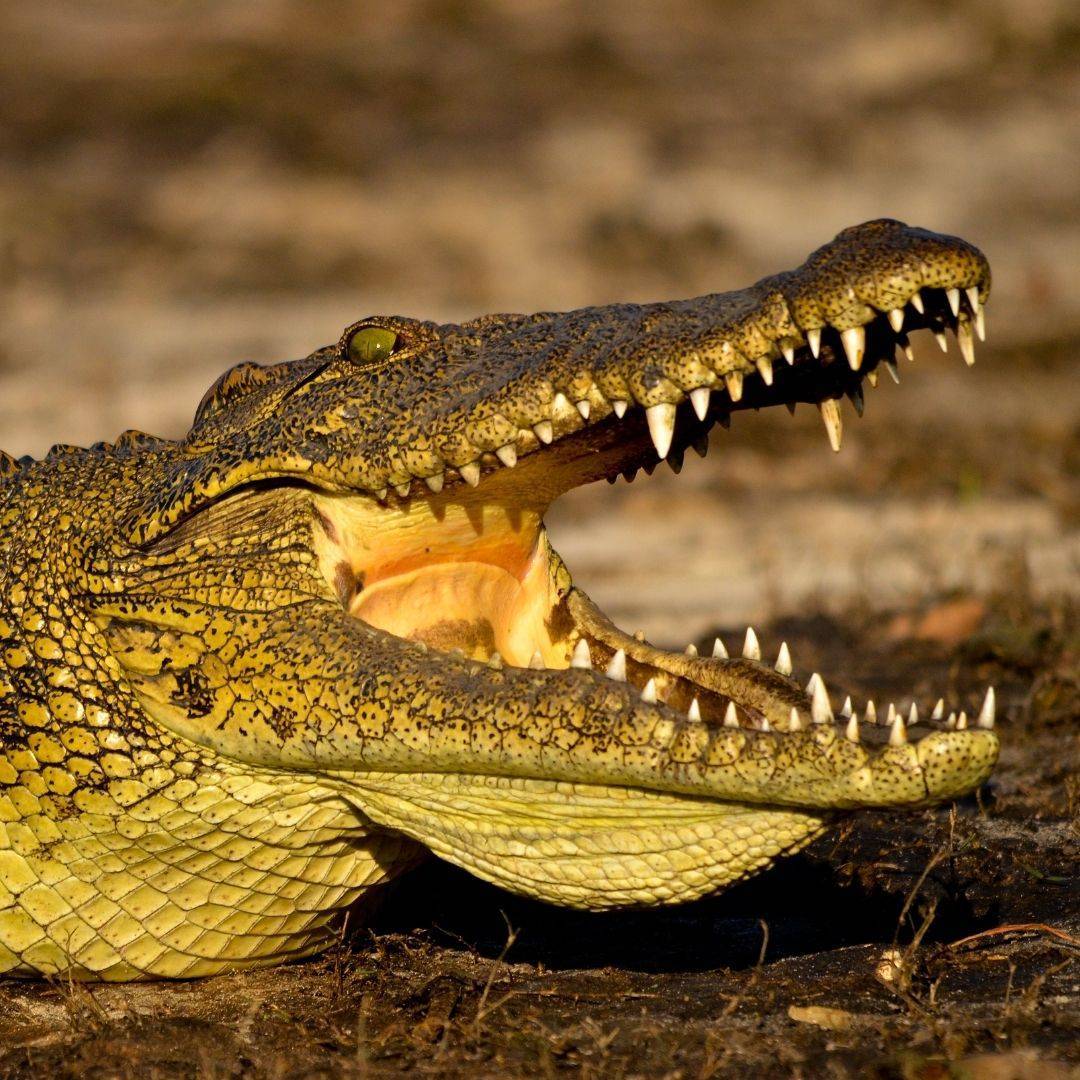 Such a predator is critical to the fragile balance of the ecosystem, in Lake Kariba waters as well as on land. Seemingly otherworldy, they are fascinating to observe, their keratin armored suits likening them to dinosaurs. With over 10 000 in Lake Kariba, you are sure to witness their wild ways from the safety of the Sovereign Houseboat with Hideaways.

Home » Tales from the Bush » In a While Crocodile
Crocodiles, Lake Kariba, Nile Crocodile, Sovereign Houseboat