The Okavango Delta represents and preserves the heart of Africa’s finest game viewing, richly diverse in ecology and wildlife. Its landscape is shaped by water, a vast variety of plant and animal species existing with seasonal ebbs and flows. Botswana is dry, being mostly occupied by the Kalahari desert, making the waters of the Okavango a life source for both humans and wildlife. The yearly flood is a key to survival, arriving from its source in Angola having flowed through Namibia, eventually settling in Botswana to form the delta. This floodwater creates a variety of habitats; islands, forests, marshes, lagoons, woodlands and floodplains. This ‘liquid gift’ is the life source for wildlife as well as human settlements along the way. 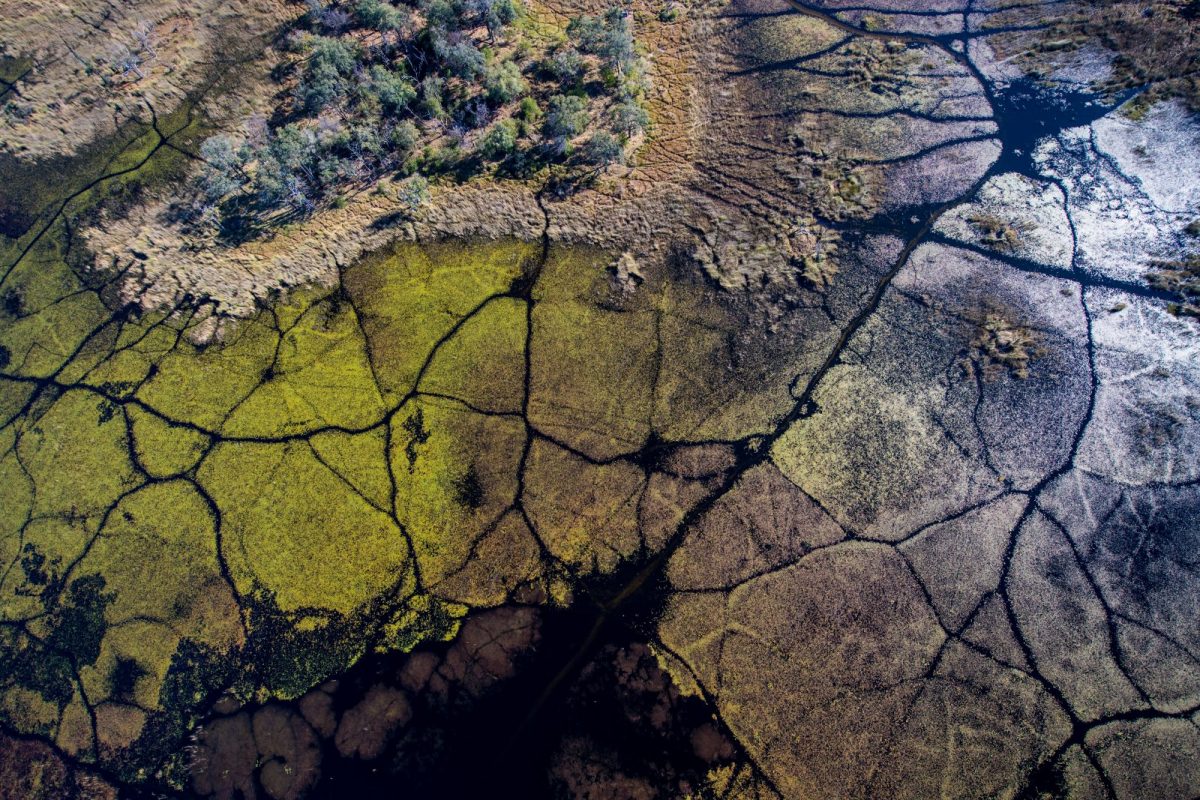 Not only is it the life source for animals, but the area connects ancient migratory corridors which allow wildlife to move freely in search of food and water, depending on season.

The Okavango Delta is a wilderness ecosystem at its best. Such diversity attracts a wealth of life, from insects to reptiles, fish, birds and mammals. It is one of the few inland water deltas in the world, nourishing expansive wildlife populations which depend upon its mosaic of land and water. Not only is it the life source for animals, but the area connects ancient migratory corridors which allow wildlife to move freely in search of food and water, depending on the season. Supporting the world’s largest population of elephants, as well as other prime mammals such as lion, leopard, cheetah and the endangered rhino, it is an undeniable species stronghold; a safari seekers’ dream destination. 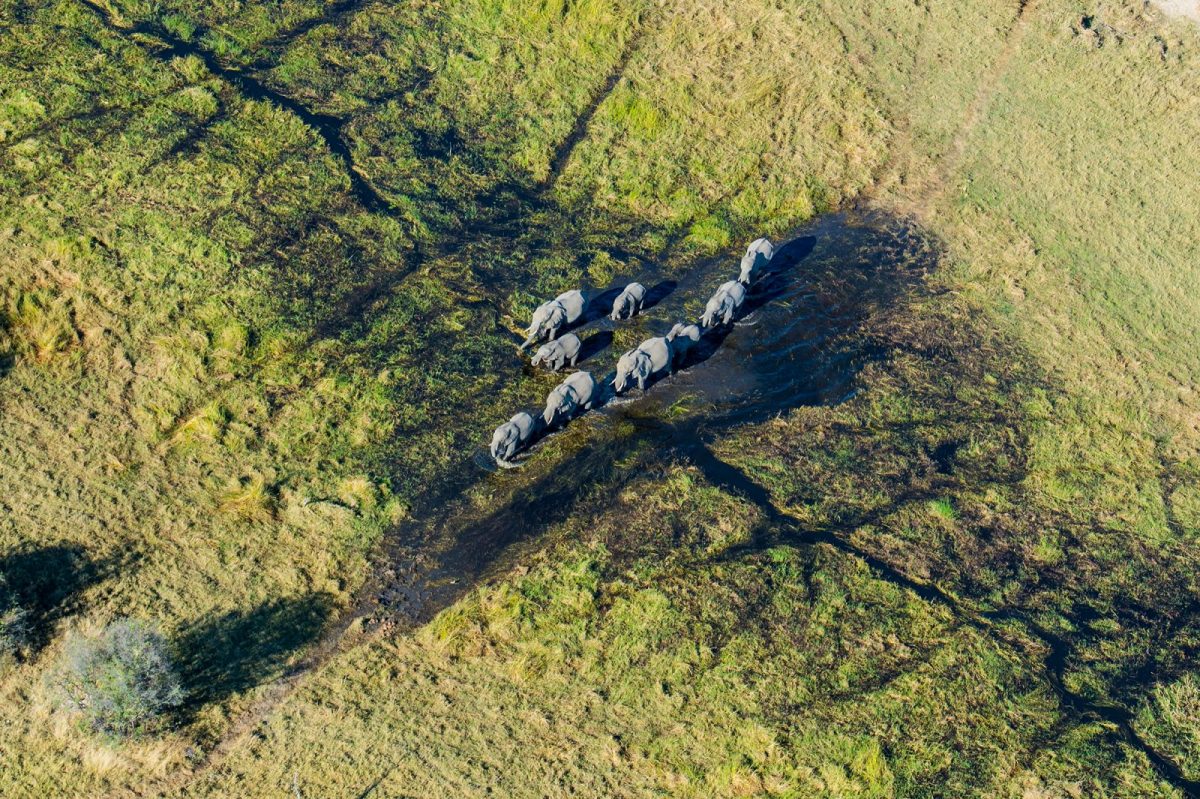 The Khwai River is an extension of the Okavango Delta, maintaining its wild essence and biodiversity. Situated in northern Botswana on the northern border of Moremi National Park, the area is abundant in abundance. Amongst the myriad of ecosystems within the delta, the Khwai River is one of the most dramatic. As the season changes and the African heat rises, depleting water and food sources, the Khwai becomes a lifeline for wildlife. The water from the delta has pushed as far up the Khwai channel as it will go for the season, animals congregating along the river banks to quench their thirst. Its location deems it the northern overflow of the Okavango delta and it continues to fill as the dry season continues. It is this natural phenomenon and reliable water deposit which attracts wildlife to the area, a literal oasis in the desert of Botswana.

Staying at Mogotlho along the Khwai River provides one with the wonders of the Okavango Delta. The area is characteristic of the Okavango with its teems of wildlife; herds of zebra, lechwe, wildebeest, buffalo and elephant, drawn to Khwai River banks. With such bountiful numbers of prey, the predator population thrives, following in the footsteps of their next meal. 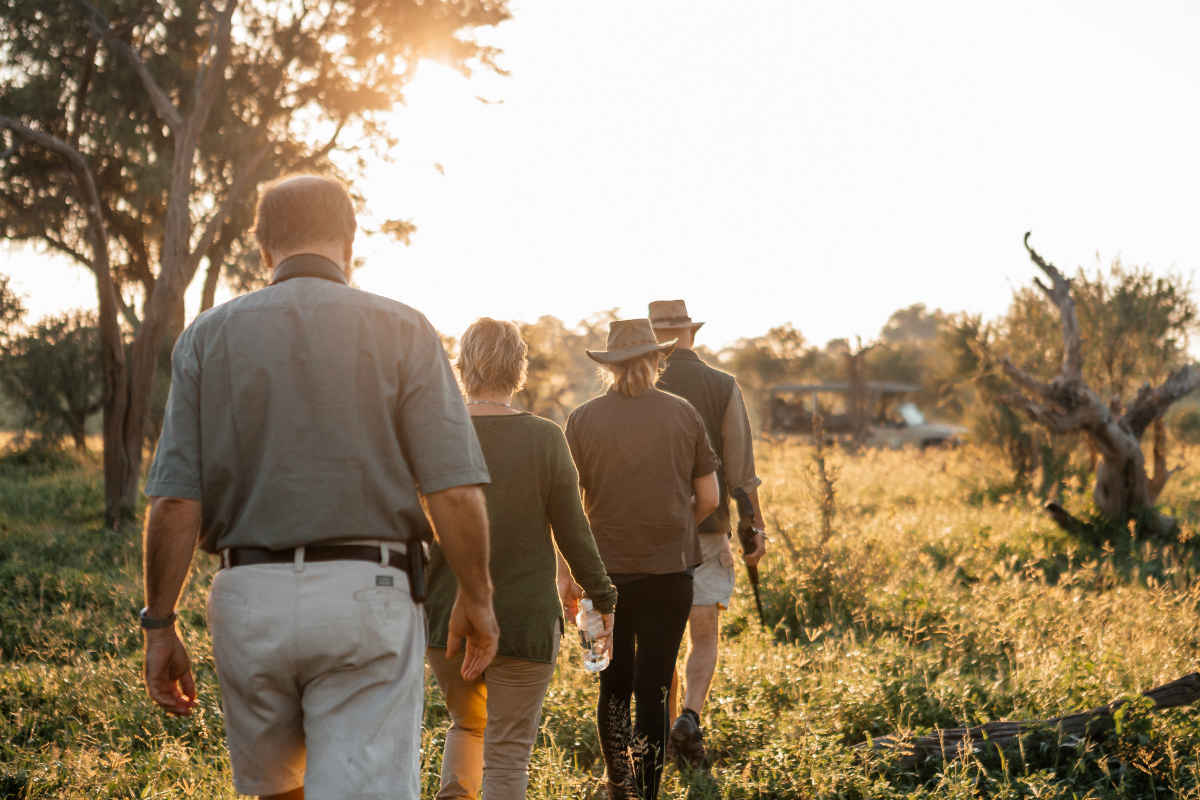 Walking safaris provide an intimate connection with the wilderness. Professional guides lead you through the belly of the bush, gifting insight into its wild ways. The thrill of being in the vicinity or presence of dangerous game keeps you highly alert and aware of your surroundings, all the while absorbing the more delicate side of nature. The option to remain in the wild beyond sunset is offered in the form of a bush dinner; dining beneath the African stars, enveloped by the sounds of the night. With the lodge nestled within a cathedral of camelthorns on the edge of the Khwai River, one feels immersed even when in your chalet. Mogotlho’s style blends naturally with its surroundings, animals moving through the lodge grounds to access the river, a veritable intersection for wildlife.

Take advantage of our Khwai River Festive Season Offer to experience this wild gem, extending the Okavango Delta from Botswana to a life-changing wildlife experience.