Do You Know What Springboks Have In Common With French Fries?

We sometimes only think of antelope as food for the big cats of the bush but they are actually fascinating creatures themselves who have evolved in many different ways to survive in the wild. Black Sable antelope are incredibly rare but are found in impressive numbers in Hwange National Park, as well as more commonly found buck such as Springbok. When you are out on your game drive you will most likely come across some of these beautiful creatures but not know much about them. Read below to find out more about the amazing antelope found in Hwange National Park.

This stunning Antelope is known for being the most handsome antelope of them all, with its powerful, robust build, vertical mane and incredibly long, curved horns, which arch majestically backward. They are quite rare and Hwange National Park is one of the few places where you can have a good chance of spotting them. New-born calves are born in a sandy camouflaging coat, but as they grow they darken. Females eventually become dark brown and males become pitch black. Coat colour appears to be controlled hormonally, with castrated males losing their black colour to become brown again, and it is thought to help communicate age, and therefore social status, to other antelope. They are most active early in the morning and late afternoon. They need to look out for lions, leopards, hyenas, African hunting dogs and crocodiles. 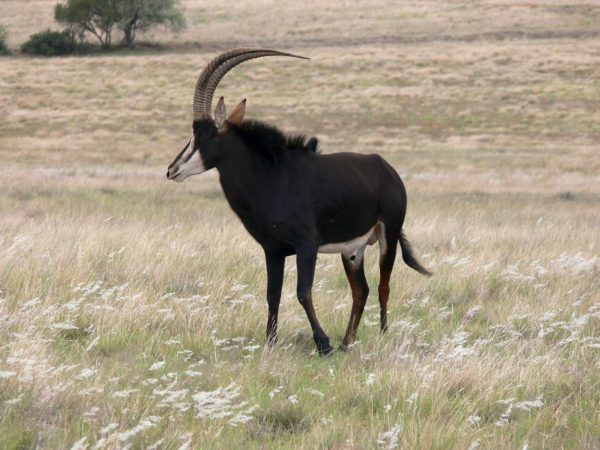 The Kudu is a majestically tall antelope. Males are fawn grey colored, and females have a soft cinnamon color. They have a single white stripe down the middle of their back as well as 6-10 narrow white stripes across the back and down the flanks. You will see that they usually only browse for about a minute on a tree before they move on to the next.  If leaves are out of reach they will break down branches with their horns. They can make serious damage to crops.  Kudus are genuinely very alert and nervous animals. Surprisingly, they move very quietly through the dense bush. They live in small herds, but sometimes larger numbers can be seen at water holes. Throughout the year, the sexes are separate but in the mating season males and females are found together. 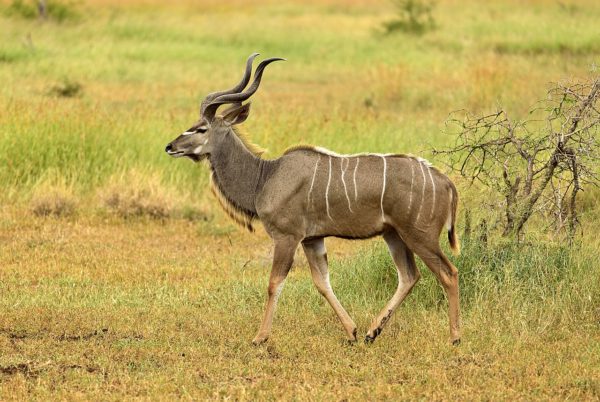 The Gemsbok is a large antelope who has successfully adapted to live in hot, dry areas such as Hwange National Park. They survive by getting water from fruits and vegetables and can store the water for a very long time. The Gemsbok can withstand temperatures ranging up to 45 degrees Celsius. During the day they try to rest and relax in the shade and at night, when the temperatures cool down, they get active. The gemsbok’s horns are nearly straight and almost parallel. What’s quite different to other antelope species is that Gemsbok cows isolate themselves from the herd before calving. After a mother gives birth, she hides the calf for about 3 to 6 weeks. 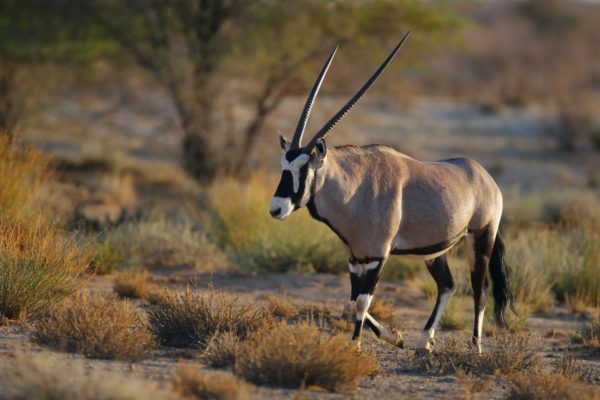 Springbok like to jump, they shoot up into the air with impressive height and it is their most distinguishing characteristic. This behaviour is called “pronking”. There are different explanations for this pronking but most think it’s to display their fitness and agility to other Springbok, especially members of the opposite sex, or to intimidate would be predators. Springbok are found in great number throughout Southern Africa and are referred to by some guides as the fast food of the bush – for their speed, great numbers, and delicious taste. Some even say the markings on their backside resemble the M of a popular fast food chain, can you guess which one? 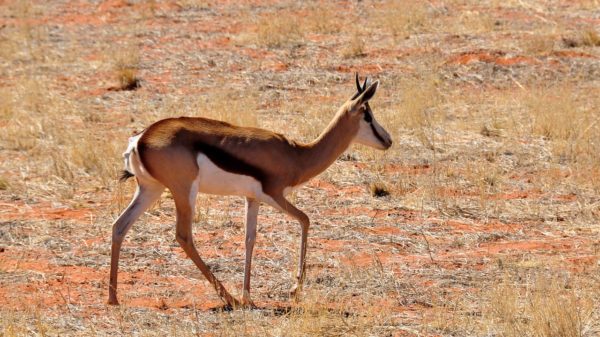 Home » Tales from the Bush » Do You Know What Springboks Have In Common With French Fries?

When travelling to Zimbabwe, a visit to Hwange National Park is a must and should be part of any Zimbabwe…
Read More
PreviousHave You Tried Our New Cocktail Menu?
NextA Successful 2017 for the Conservation and Wildlife Fund (CWF)