Life managing a safari camp in Africa is a multi-faceted affair. Especially one based off the beaten track of Botswana, located on the borders of Chobe National Park. This is where one will find Hideaways Camp Kuzuma, and its dedicated managing couple, Kevin and Shirley Trench. Not only is the lodge remote, but also completely off-the-grid, a gift as well as a challenge to management!

Living in the depths of the bush is both a magical and testing experience. In a testament to all lodge managers throughout Africa, one will most certainly agree the magic outweighs the test, the wild capturing the hearts of those who dedicate their lives to its spaces. Rising with the sun each day to the sounds of the waking wilderness, having the lodge and its outdoors as your office, and bidding farewell to the day by the glow of an African sunset; bliss. 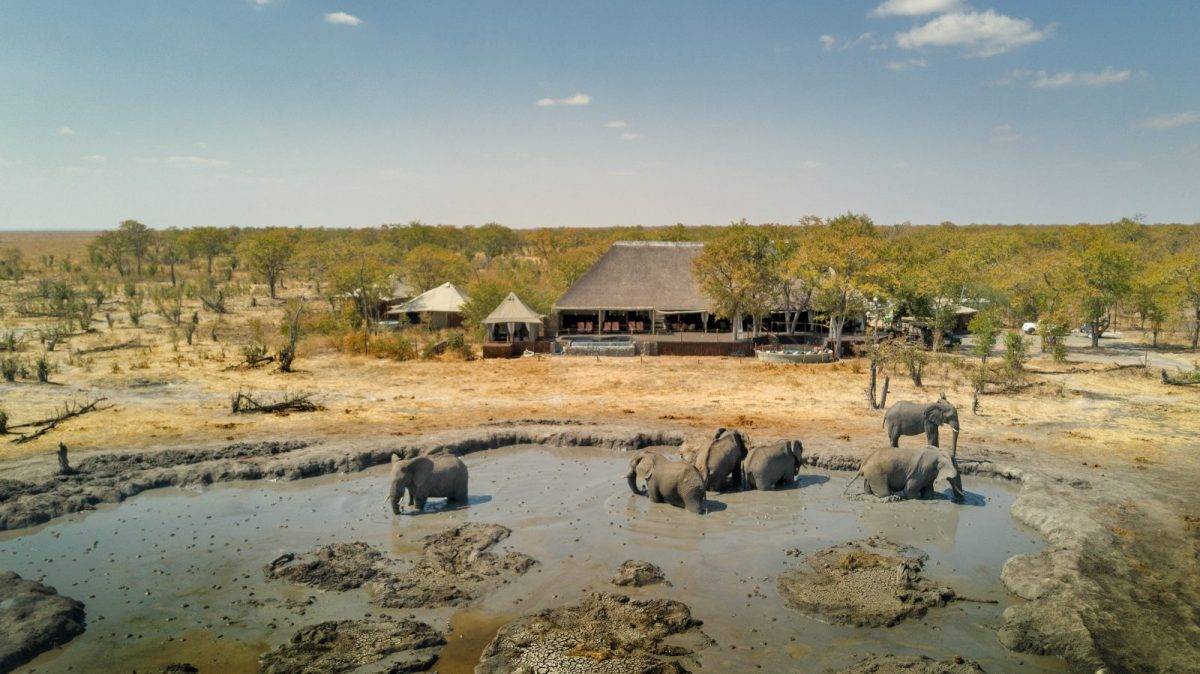 In simultaneous envy and respect, we asked Kevin and Shirley to share their story with us, and how they came to be at Camp Kuzuma. Kevin is an avid photographer, his passion and time committed to framing and sharing the stories of the wild. All creatures great and small are part of the narrative, caught by Kevin on his camera. Shirley is a wizard in the kitchen and with guests, making sure all are welcome, their souls and stomachs fed during their stay. 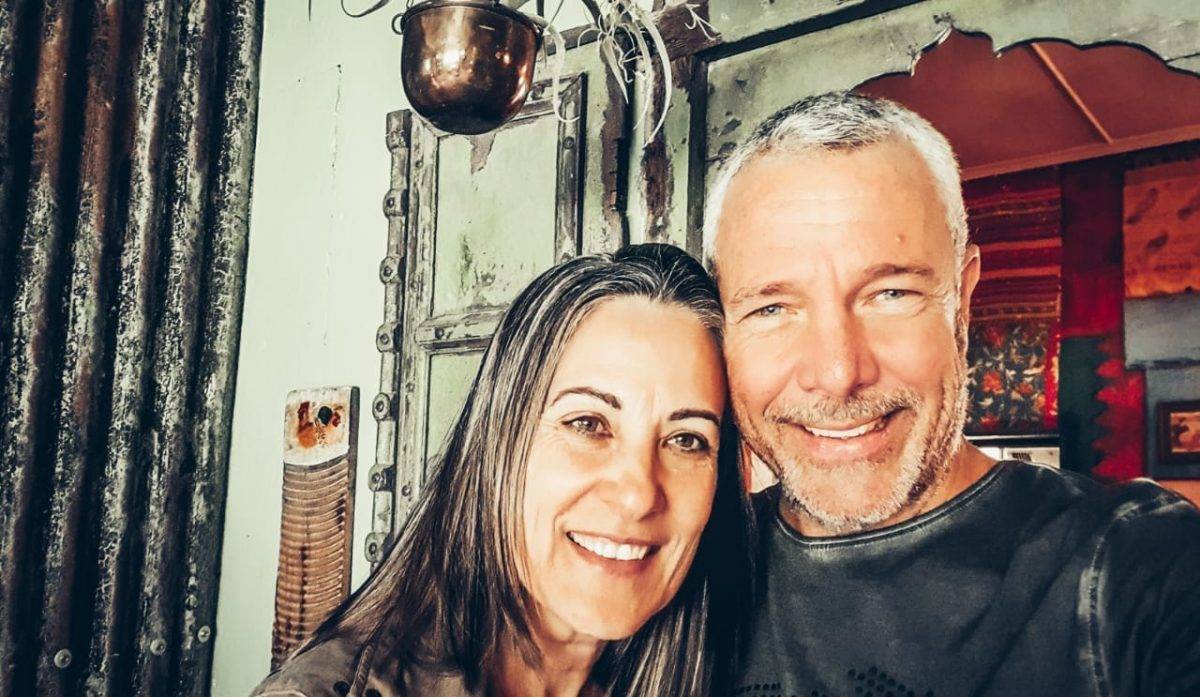 “Kevin and I met at OR Tambo airport. I (Shirley) was going to say goodbye to a friend of mine who happened to be traveling with Kevin to Canada. We started dating a year later after bumping into each other at a function, and 16 months later we were married.

We were both working in the corporate world and after 11 years we decided to give it all up and move to Natal. We were there for three years, loving the countryside. Kevin took up Enduro riding and I enjoyed going for long runs and bike rides and walking our dogs in the forest. Life was just as we thought it should be.

Out of the blue, Kevin got a call to ask if he would be keen to do some construction work on a diamond mine in Zimbabwe. He took up the offer and left. I joined him a few months later, both relocating to a new life! I was asked to run the office and HR and managed three different staff accommodation camps and the kitchens, feeding about 300 people. I was thrown into the deep end but learned to swim. I loved my job.

18 months later Zimbabwe came to an instant hault. Life became dangerous on the mine, and we decided to leave. We landed up managing a resort in Mozambique for the next 6 years, falling more in love with nature and life out of the city. One day we started chatting to a man who immediately offered us a job at Camp Kuzuma, and by the end of the conversation, we agreed! An off-the-grid 5-star lodge in the bush was our ultimate goal – Kevin and I just love the bush! 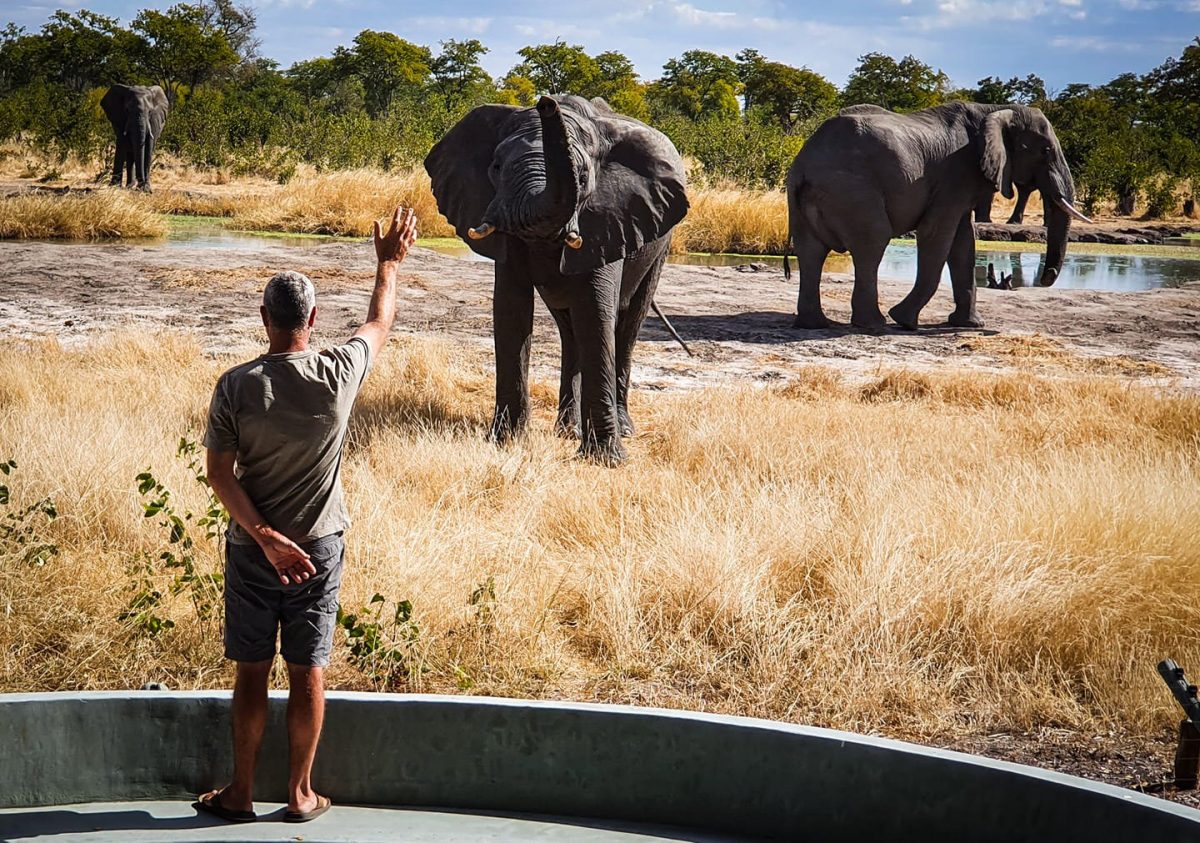 We have been extremely busy at Camp Kuzuma the last two years. Kevin has done the majority of the projects, which he did on his own with 5 staff members due to Covid and a skeleton team. The initiative behind this was to give the staff the opportunity to learn something new; upskilling during the downtime of the pandemic.

Jobs Done: Built a manager’s house from scratch, upgraded the staff quarters, built a concrete walkway from the main lodge to the staff quarters. Built an extra storeroom and extended the laundry. And in between this, the catch and release of snakes, dinner with our guests, and fix the odd thing that needed immediate attention.

Kevin’s passion is photography. He carries his camera everywhere, determined to search for stories in and around the lodge. We both enjoy gardening. Kevin is in charge of our vegetable gardens and I do the rest. I also have a passion for trees. I’ve planted about 30-40 new trees in the lodge. The lodge is surrounded by black cotton soil, which makes gardening a huge challenge. Other than that, I enjoy entertaining and cooking up a storm! 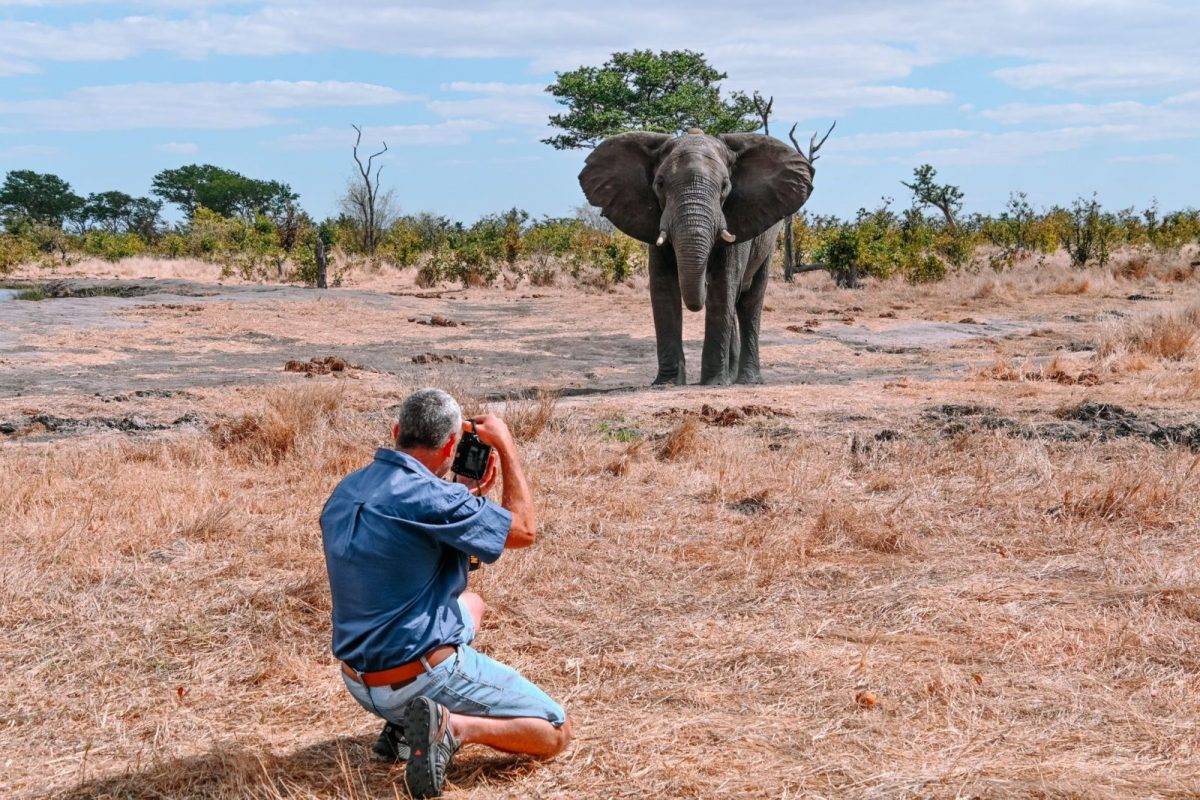 Maintaining, operating, and attending to a property takes a certain type of person to keep things running smoothly. We at Hideaways are grateful to have not just one, but two committed and passionate managers at Camp Kuzuma, overcoming daily challenges as well as sharing the wonderful world of the wild with us.

When travelling to Zimbabwe, a visit to Hwange National Park is a must and should be part of any Zimbabwe…
Read More
PreviousThe Small 5 of Safari
NextBeyond The Lodge – Mogotlho, Khwai River