Matobo Hills National Park is home to a variety of wonders and is a paradise for the Black Eagle. Its landscapes call to the wild wanderer, the culturally curious, the artist as well as the philosopher. Its granite boulders may summon the explorer, whereas its vistas beckon the dreamers, and its cultural quilt, historians. Matobo Hills offers a travel tincture for everyone, reaching out in recognition of what you seek in a journey. 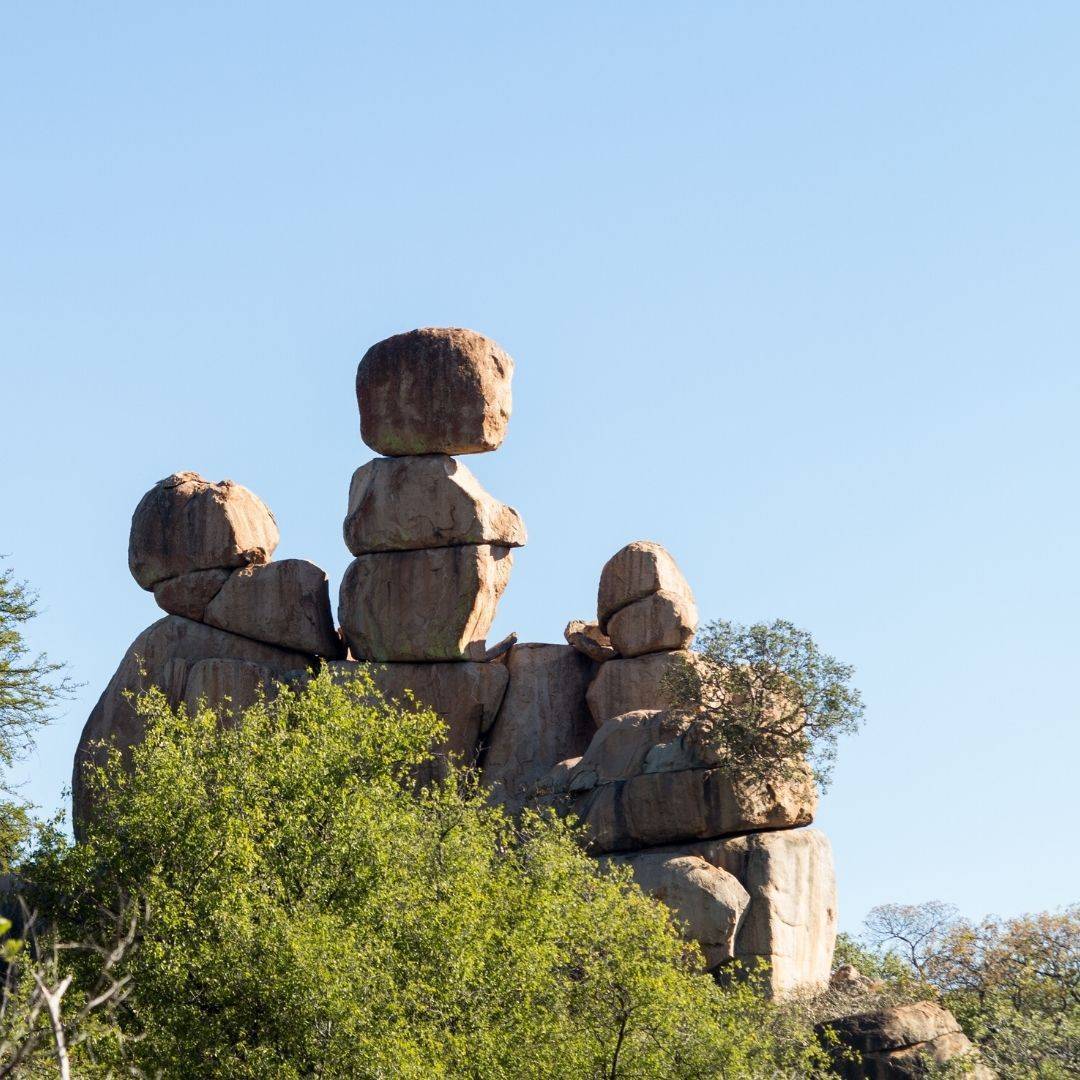 From ancient rock art to rhino trekking, learning about Ndebele culture and colonial history, Matobo Hills captures one’s interest and holds it tight. A lesser-known highlight of the national park, and a feature that will summon the birders, is the population of Black Eagles. The park boasts one of the largest populations of black eagles in the world. A rare and royal bird in sighting and stature, the landscapes of Matobo are where these eagles nest and breed with their chosen mates for life. Its rocky, mountainous terrain is the birds’ preferred habitat, as well as home to the rock hyrax, the black eagles’ favourite meal, sustaining the healthy fleet of feathered friends.

This bird of prey sports a coal black plummage, with a white lower back forming a V at its shoulders. At 70 – 80 cm in length, the Black Eagle is a large raptor, flying through the African skies at a characteristic slow pace. They make full use of thermals, floating effortlessly as well as conserving energy, rising and gliding for long spells over mountainous terrain.

Black Eagles are found through most parts of Sub-Saharan Africa in a mountainous habitat, correlating with a high density of their prey – the rock hyrax. Although regarded ‘least concern’ as a species (IUCN 2011), their healthy population has been threatened due to habitat degradation and change of land use, affecting access to food and nesting areas. The Black Eagle is highly territorial, hence its consistent population in distinct areas. Male and female are often seen flying and hunting together, monogamous birds who mate for life –  the partnership also advantageous to their hunting success rate.

According to a study published in Ostrich – Journal of African Ornithology, their diet in Matobo Hills is 98% hyrax. Author Ngoni Chiweshe goes on to explain that this food staple is shared with local communities, putting pressure on the survival of the hyrax, the black eagles as well as the humans in the area. There is a significant effort put into conservation education at local schools surrounding the national park, with traditional chiefs, healers and the public invited to discussions to further spread awareness. 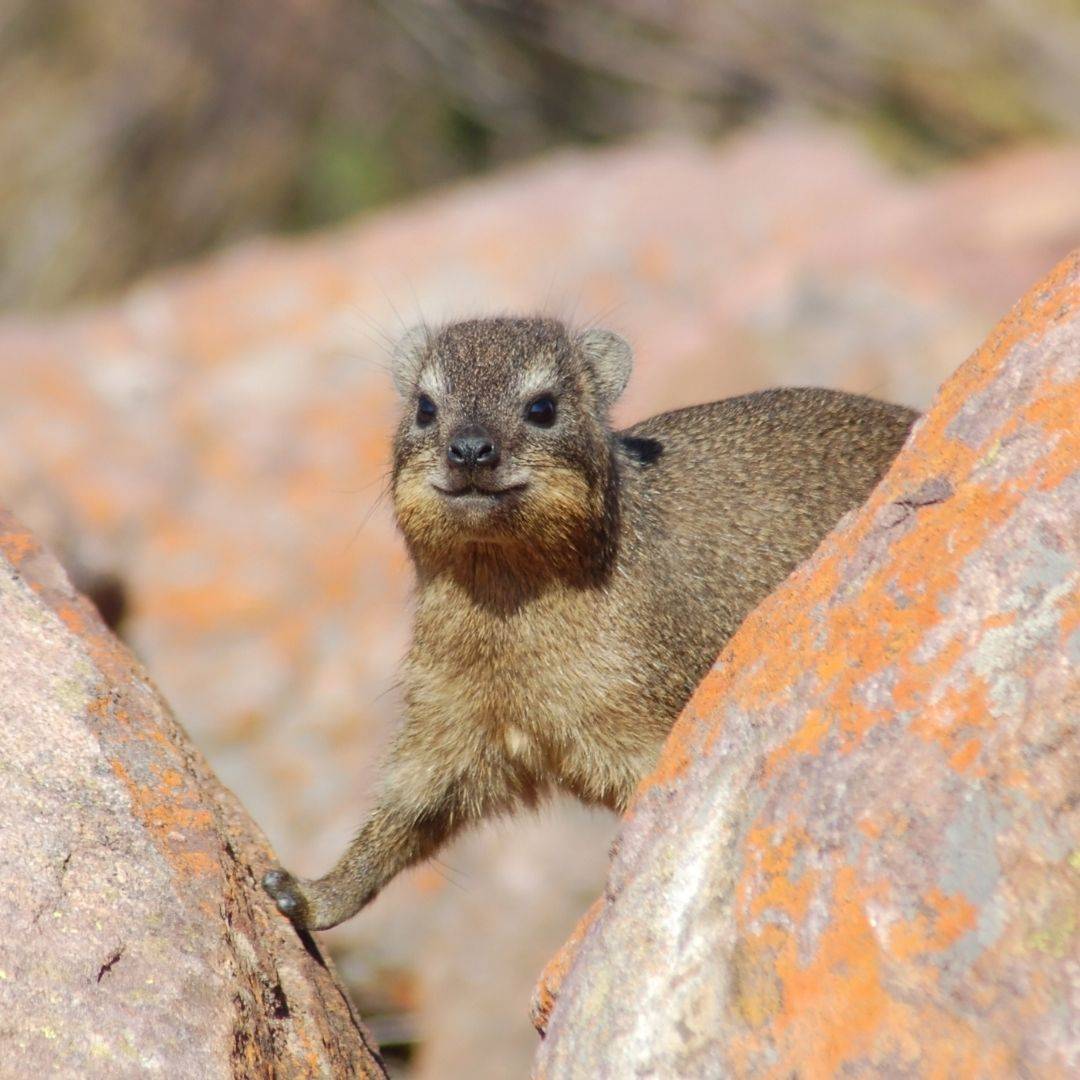 Breeding activity begins around June, in winter, however, nest building begins in March/April. Nests are normally built on rocky cliff ledges, out of reach from human or animal access. One to two eggs may be laid, with an incubation period of around 45 days. If two chicks are born, siblicide may occur, where the stronger chick will outdo its sibling for food, as well as physically harming it to the point of death. Such behaviour grants a higher chance of survival for the remaining chick, with all competition for food out the way. According to the Black Eagle Project, at one stage there were +/- 60 breeding pairs within the Matobo National Park borders.

The stature of the Black Eagle is akin to royalty, regal in stance and character. Witnessing a pair riding heat thermals above the granite boulders in Matobo Hills is nothing short of breathtaking. Shashani Matobo Hills Lodge shares its surroundings with these magnificent creatures, dedicated to distributing awareness and exposing guests to their unique lifestyle amongst the rocks. Whether a birder, an artist, explorer, or philosopher, observing the black eagle in its natural habitat is a truly wild and wonderful encounter. Contact us by filling in the form below to spread your wings and immerse yourself in the varied and captivating landscapes of Matobo Hills. 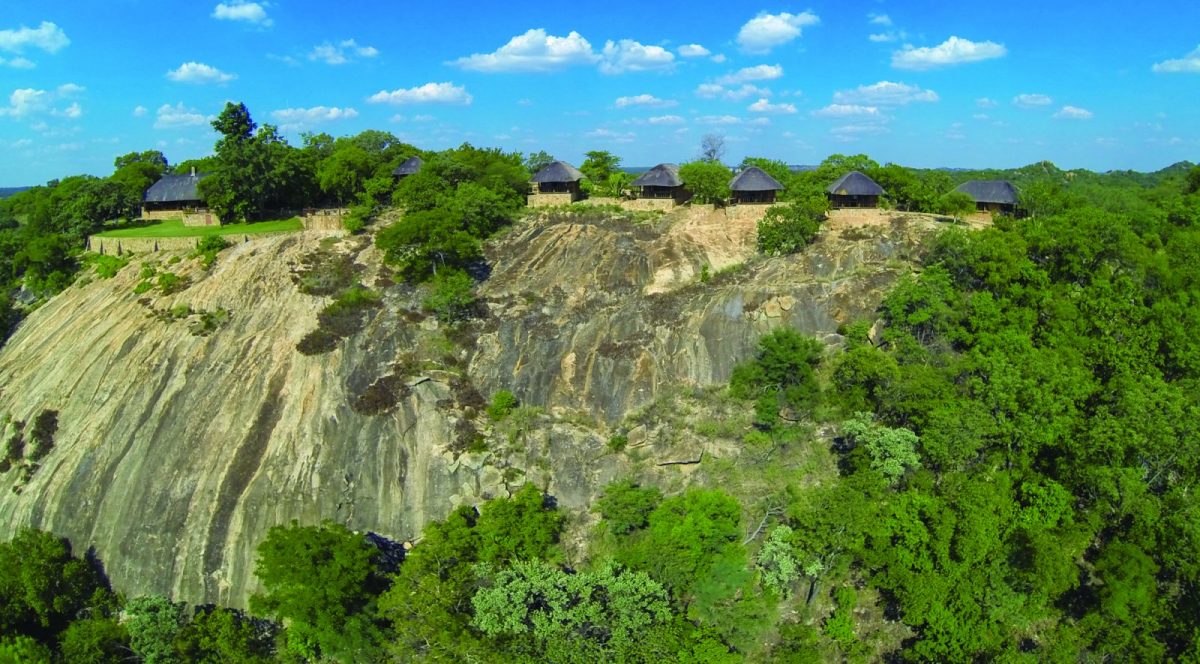 When travelling to Zimbabwe, a visit to Hwange National Park is a must and should be part of any Zimbabwe…
Read More
PreviousWild Dog at Elephant’s Eye, Hwange
NextBirdlife of the Khwai River, Botswana