Myths and Legends of Lake Kariba

Lake Kariba, Zimbabwe is an area shrouded in cultural belief and spirituality. Fed by the mighty Zambezi River, the life source for 6 countries, its waters are regarded with respect, awe, gratitude and fear. The Zambezi is the fourth longest river in Africa, harnessed for hydroelectric power by the Kariba dam wall, an impressive feat of engineering which created the largest man made lake in the world. The wild waterways and ebbs and flows of the Zambezi are both sustaining and destructive, giving and taking life in the raw nature of survival. Water is liquid gold in Africa, sacred as well as essential, playing a major role in local life. Whether this be for transport, for farming, for hygiene and hydration, its access is vital for survival. The Zambezi River is a life-source for wildlife and communities in Zambia, Angola, Namibia, Botswana, Zimbabwe, and Mozambique, as well as revered for the dangers which lurk beneath its waters, in reality as well as mythology. With such life and death dependence on water, reliant cultures bestowed powerful beliefs upon its existence. Myths and legends revolve around its fluctuations, River Gods directing its flow.

It is believed that Nyami Nyami and his wife lived together in the waters of what is now known as Kariba. As legend has it, his wife traveled down the gorge to visit other people in the valley, answering prayers and delivering blessings at the time when the Kariba dam wall was built. This separated the two gods, angering the Nyami Nyami, causing unrest, devastation and floods in the land. The Tonga people warned against the building of the wall in protection of their god, but their advice fell upon deaf ears. 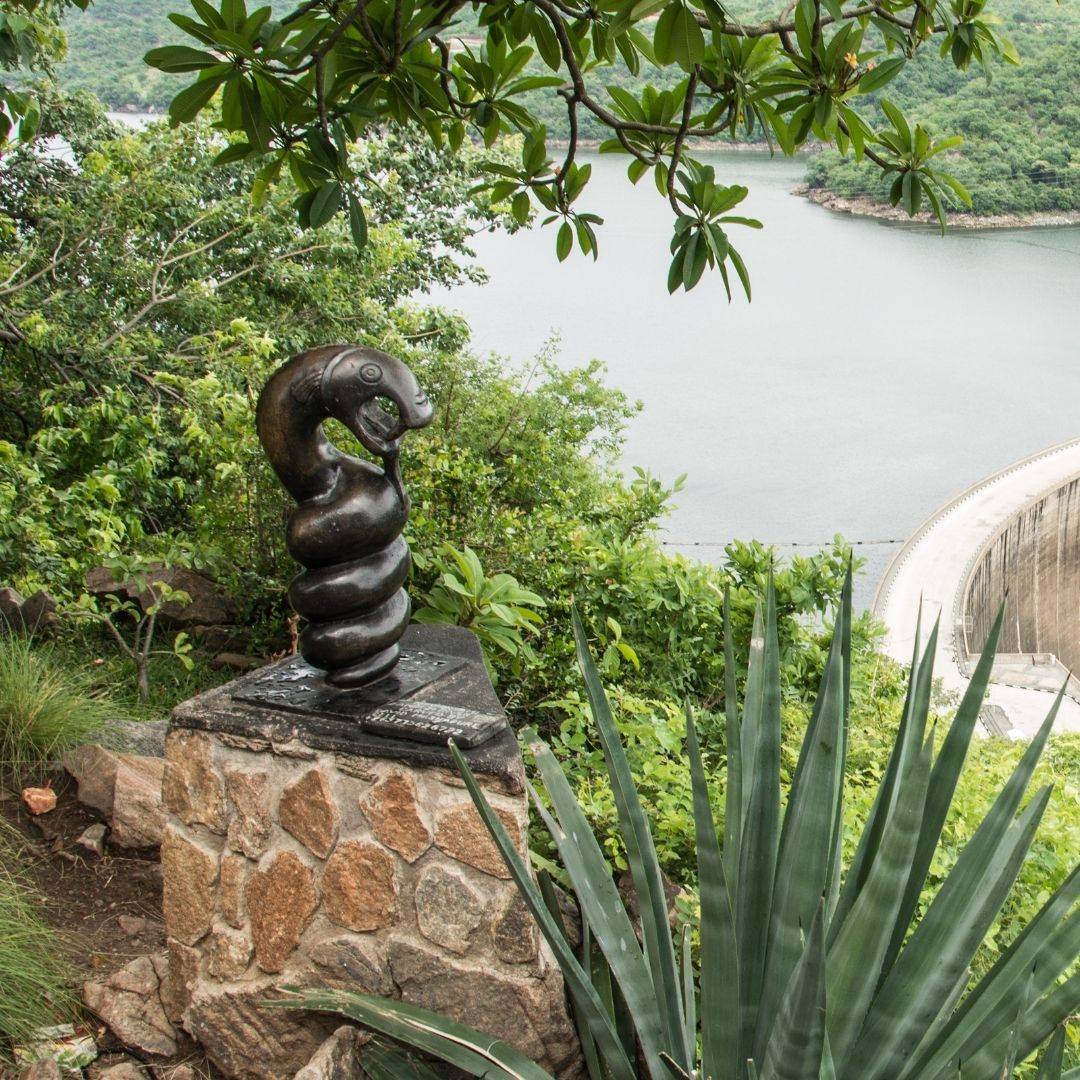 In reverence of the Nyami Nyami god, the Tongan people craft an incredible wooden walking stick, carved out of an incredible story. The stick is truly a piece of art, created with the deep respect and beliefs surrounding the river god and its powers. Made out of a single piece of wood, the stick has many facets to it, symbolic of its influence over the people and the land.

Each stick is a masterpiece of its own, an ancient story carved timelessly into wood, commemorating an ancient god. They can be found in markets on a day tour with Hideaways Kariba Safari Lodge, lining the road with culture and tradition. The stick is a beautiful representation of the sacred belief in the Zambezi River, an ancient cultural symbol of Zimbabwe.