We sat on the precipice of the lawn at Shashani Matobo Hills Lodge, dawn slowly rising over the Shashani Valley, gifting granite rock with the first warmth of day. Rob Burrett and I embraced sunrise, a moment of silence on the cusp of birdsong, serenading in the morning. Clasping our mugs of tea with both hands, our fingers and souls warmed by the time of day – winter’s mist lifting as the sun settled over the valley. 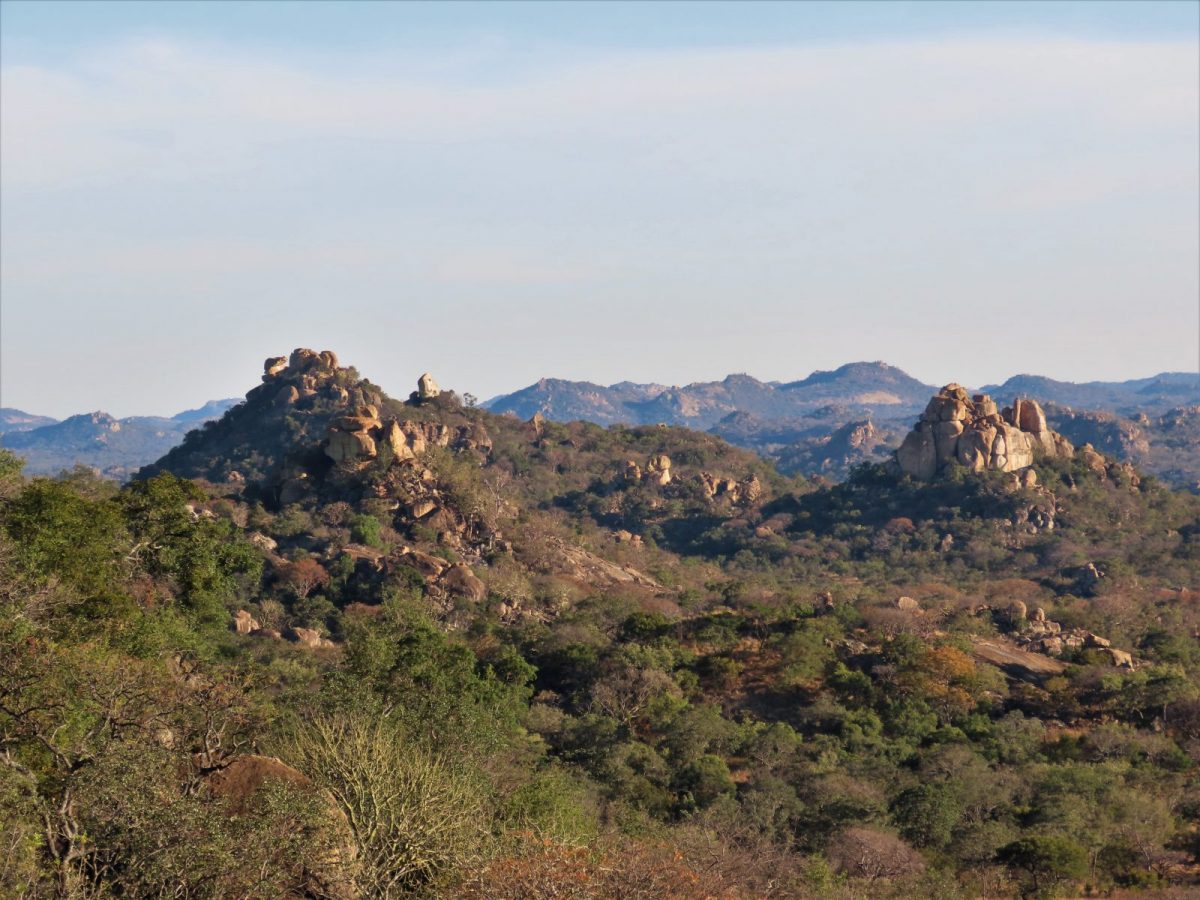 Rob is a highly respected Zimbabwean archeologist, academic, historian and author. Having the opportunity to interview him, exploring and unveiling the wealth of knowledge he holds added to the warmth of the hour. I was in significant awe of his achievements, his broad grasp on humanity over hundreds of years enigmatic to me, a world worth of questions on the tip of my tongue. His mind is akin to an encyclopedia; stories, interpretations, cultural truths and symbols, mythology intertwined within both Zimbabwe’s local and colonial past – he passionately highlights the importance of listening to the ‘multivocal voices of history’.

The location of the lodge, its surroundings and scenery hold significant cultural value – trails traversed from colonial pioneers traced between undulating granite formations, weaving through local territory, forging the paths of history.

Shashani Matobo Hills Lodge is situated on a private concession an hour outside of Matobo Hills National Park. The lodge sits high atop a granite kopje (hill) with a panoramic view of the Shashani Valley. The location of the lodge, its surroundings and scenery hold significant cultural value – trails traversed from colonial pioneers traced between undulating granite formations, weaving through local territory, forging the paths of history. A giant granite kopje to the right of the lodge: an ancestral rainmaking ceremonial site – stories and song held between rock crevice and intertwined with lichen – as colourful as the history itself.  Ancient grain bins lie within the valley, holding life-source for tribes of the past as well as sharing insights to their lifestyle with the present. 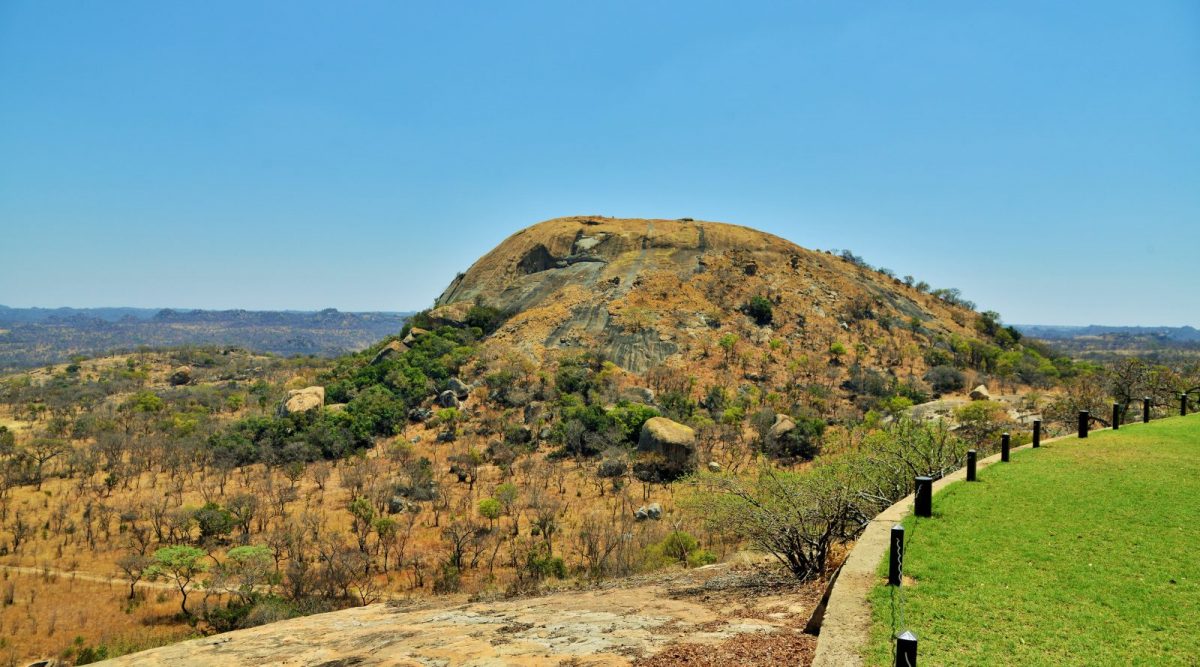 One is drawn to Matobo to fulfil cultural curiosity – its history as well as mythology; fascinating to explore. The national park has acquired World Heritage Site status – this predominantly on account of its high concentration of hunter gatherer rock art. Here we unveil the past, peeling back the layers of symbolism and cultural significance – stories held timeless on granite canvas. It is here where we call on the wisdom and knowledge of historians such as Rob Burrett – allowing us to delve into other worlds with awareness – careful not to impose our own ideals on another’s story. Rob’s aim is to encourage discussion and appreciation of the art, hoping to promote its preservation and conservation for future generations. He explains the depth of symbolic meaning in the paintings – placing them in the correct context and culture – opening our eyes and ears to the voices of the past. 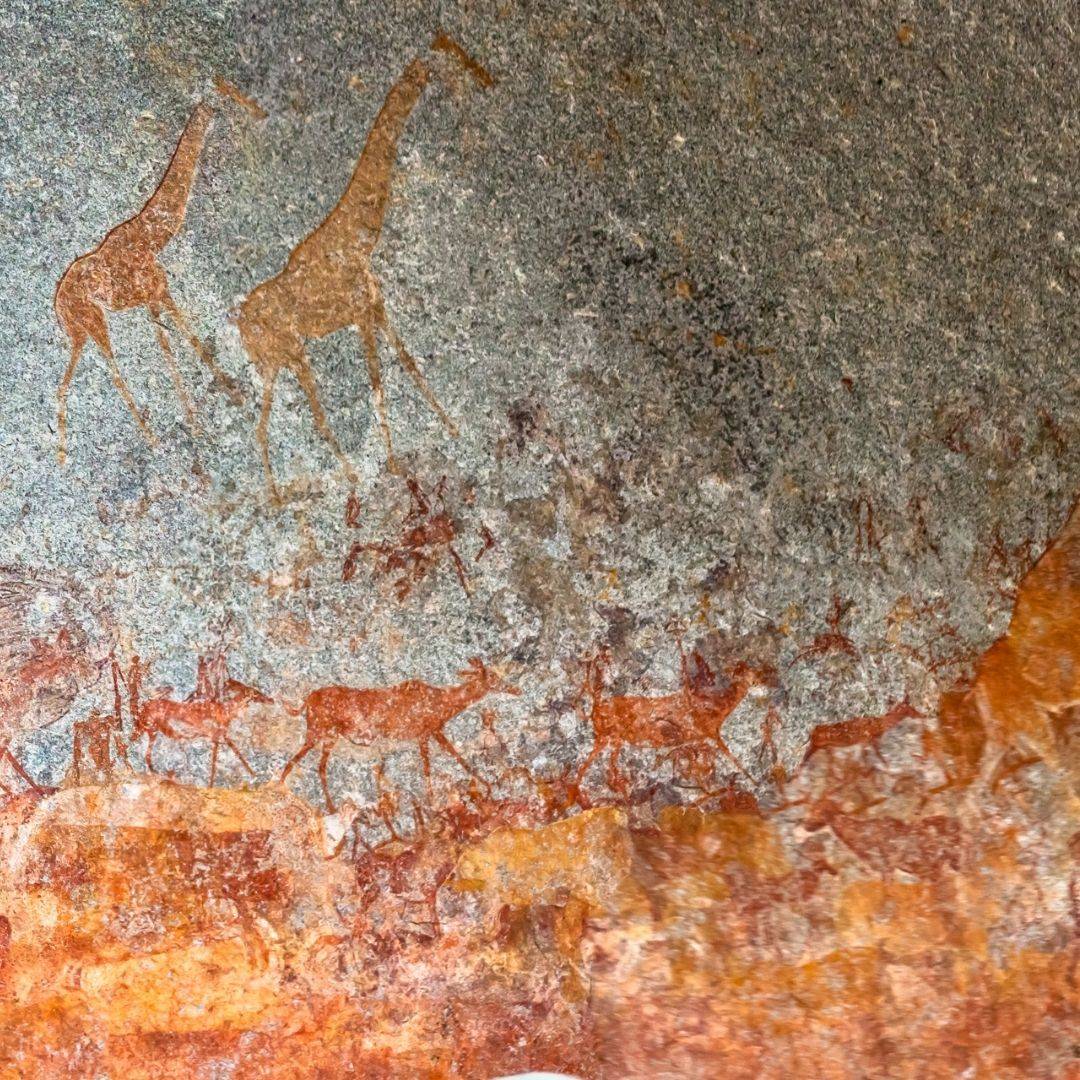 There are popular caves in the national park visited by many art aficionados, then there are caves within walking distance from the lodge – exclusive to exploration of those on the property. Walking with Rob reveals worlds within worlds – his archeological eye pointing out consequential areas and artefacts, invisible to the layman’s eye. He explains how and why the paintings were formed – coming from a community that hunted and gathered everything from the bush – they were as much of the landscape as were the trees and wildlife. Their world was inextricably linked to nature, the caves, their home. To experience both the well known caves as well as off the beaten track hidden art spots is highly recommended – gaining a more holistic and in depth perspective of the local culture.

Immersing yourself in the ethnography, anthropology and history of Zimbabwe is a unique and captivating journey – truly understanding its place and people. The experience is similar to time-travel – allowing Rob’s voice to transport you to the past – travelling through a keyhole in time, gifting you with understanding of where it all began.