A Walk with the Elephant’s Eye, Hwange Anti-Poaching Unit

Hideaways regularly gives opportunities to local and international interns who are looking for real-world experience. Recently one of our very capable and enthusiastic interns, Kevin from Germany, enjoyed a stay at Elephant’s Eye, Hwange. While there, he wanted to learn more about the work of Conservation & Wildlife Fund (CWF) and our anti-poaching unit (APU). He was so inspired that he wrote about his experience, which you can read below…

“I had been given the exclusive chance to meet and walk along with an Anti-Poaching-Unit patrol in Hwange National Park. These guys are playing a massive role in conservation while taking the risk of getting into firefights with poachers! They are walking through the bush every day on the hunt for poachers and their reckless trapping methods.

I met the APU men in the staff village of Elephants Eye, Hwange where they quickly briefed me for the mission. We didn’t talk much at first because we had to leave the camp already in order for the APU to get to all of their checkpoints. They seemed very professional all the way through as we walked in a straight line with the leader in the front showing the way.

First, we went to a waterhole to check if there are any poachers around and to see if the water is clean and free from poison. Poison? Yes, you heard right. Some poachers are poisoning a whole waterhole to get their prey which is especially horrible because other wildlife would senselessly die from the poison as well. I found this a brutal and unacceptable method and I am glad that the APU is keeping an eye on the waterholes. 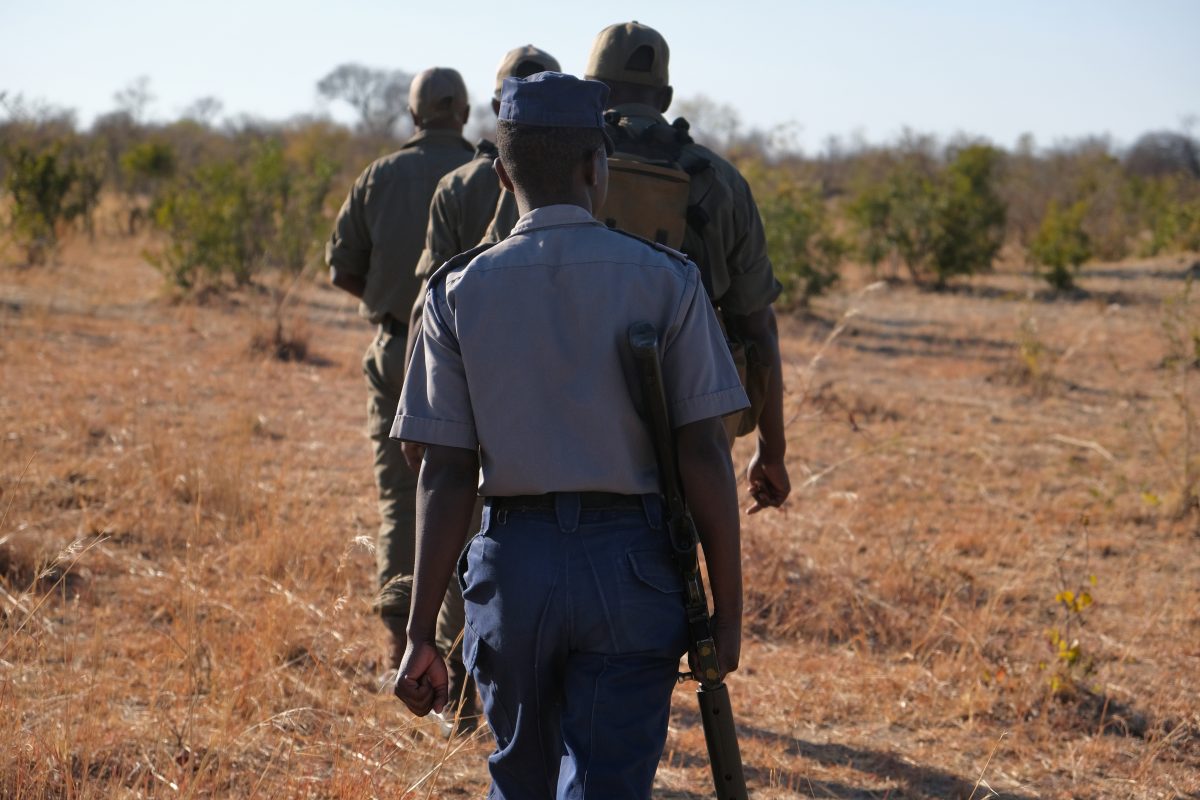 Moving on, we went to a bush area where the APU suspected snares could be placed. Snares are very simple but effective traps for wildlife. These slings are placed between trees on ground level so whenever an animal runs through it, it will strangle that poor creature to death or harm other parts of their body badly.

As we went through the bush area they spotted one snare after another, while I couldn’t even see one without them pointing it out for me. They were hidden so well that they have become part of the bushes. As soon as the APU found a snare, one of them gave it a number and took a photo, and tracked it on SMART conservation software before finally removing it. They also shared with me some interesting techniques of capturing poachers, but I won’t be sharing them as they are highly confidential.

After this part of the patrol, I was able to return to camp and get back into holiday mode. However, this experience left a lasting effect on me. I really appreciated learning about the risks and difficulties of their honourable job and admire their dedication to conservation.

Poaching is one of the biggest problems that conservation faces nowadays. Rhinos and elephants are especially threatened because of their horns and tusks being seen as valuable in some markets. I was pleased to learn that the CWF levy that I paid as part of my stay, goes directly towards funding anti-poaching measures such as the APU that I had the privilege of patrolling with.”

Home » Tales from the Bush » A Walk with the Elephant’s Eye, Hwange Anti-Poaching Unit

When travelling to Zimbabwe, a visit to Hwange National Park is a must and should be part of any Zimbabwe…
Read More
PreviousA Brief History of Nantwich written by Tony Park
NextThe History of Dhows – An Ancient Art