Imagine this: you’re out in the bush on a game drive, the roads are wild and unpaved and conditions have caused your vehicle to have a punctured tyre. Now you need to change it but there’s a pride of lions nearby… what would you do? If you are Courage, our expert Nantwich Lodge, Hwange guide, you keep the guests calm and start formulating a plan. This kind of calm and courageousness under fire are a true testament to his exceptional character and why our guests are just crazy about him. We spoke to Courage to hear some more exciting bush tales as well as learn more about him as a person and what makes him tick.

Why Courage became a guide…

Both my dad and uncle were professional guides. As a youngster I loved the pictures and videos they would show me of the wild animals, it was a happy memory that planted future seeds. So I decided to stay in the family business even though my father told me that I’m free to follow my dreams – my dream was to be a guide.

I have been very satisfied with my career choice. I can’t really think of any other job that is more interesting, if I had to do something else I would most likely stay in the travel industry. Although, I do love food so perhaps a chef – so actually, still hospitality.

“I love… being the link between the wildlife and the people who come to see them.”

For me, the best part of my job is meeting new people and especially being the link between the wildlife and the people who come to see them. I love seeing them experience the unique wonders of the bush for the first time and being the one who is there guiding them and making it happen. Sometimes I feel like I am reliving those moments of my first amazing sightings. 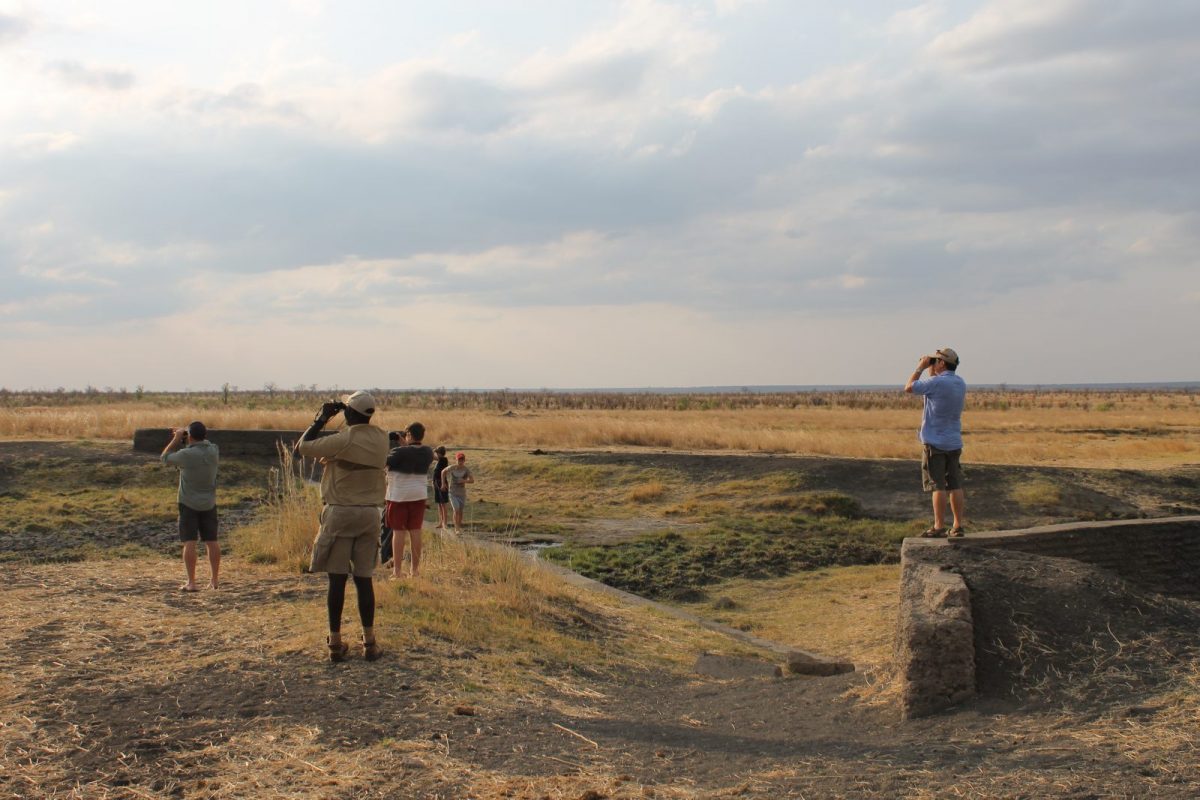 I also believe conservation is very very important. More than ¾ of the visitors coming to Africa are mainly coming for wildlife and they travel great distances to get here. Of course they are also interested in different cultures and other factors but the wildlife is the main attraction.

“…imagine being a guide but not being able to show your future children or grandchildren what you used to do for a living because that world doesn’t exist anymore.”

I would say that we as Zimbabweans need to protect our heritage which is this land and the animals on it – it is a valuable resource and one we need to nurture. Tourism brings many job opportunities and an economic stimulus to the country. Furthermore, imagine being a guide but not being able to show your future children or grandchildren what you used to do for a living because that world doesn’t exist anymore.

A puncture near a lion pride: Out on a game drive, we came across a pride of lions lazing about. While moving closer to get a better look the back left wheel got a puncture. Now the question was, how do we change the tyre without getting out of the vehicle? As mentioned, the lions were lazing and were unlikely to move anytime soon. In fact, they would most likely stay there until evening as they are most active at night. However, the guests proposed to turn it into a waiting game in case they decide to move off. We ended up hanging out with the lions for almost 2 hours… but the lions were becoming interested in our vehicle.

It’s such a remote part of the park that the lions in this area aren’t very familiar with vehicles. I hit the door to make a bit of warning noise, which caused two male lions to move off, but a lioness walked towards the vehicle to investigate. She came right along the Landcruiser but then moved off again. At this point no one really wanted to wait anymore so I got out, aware that the lions had not gone far, but changed that tyre in record time on my own and then we were on our way. 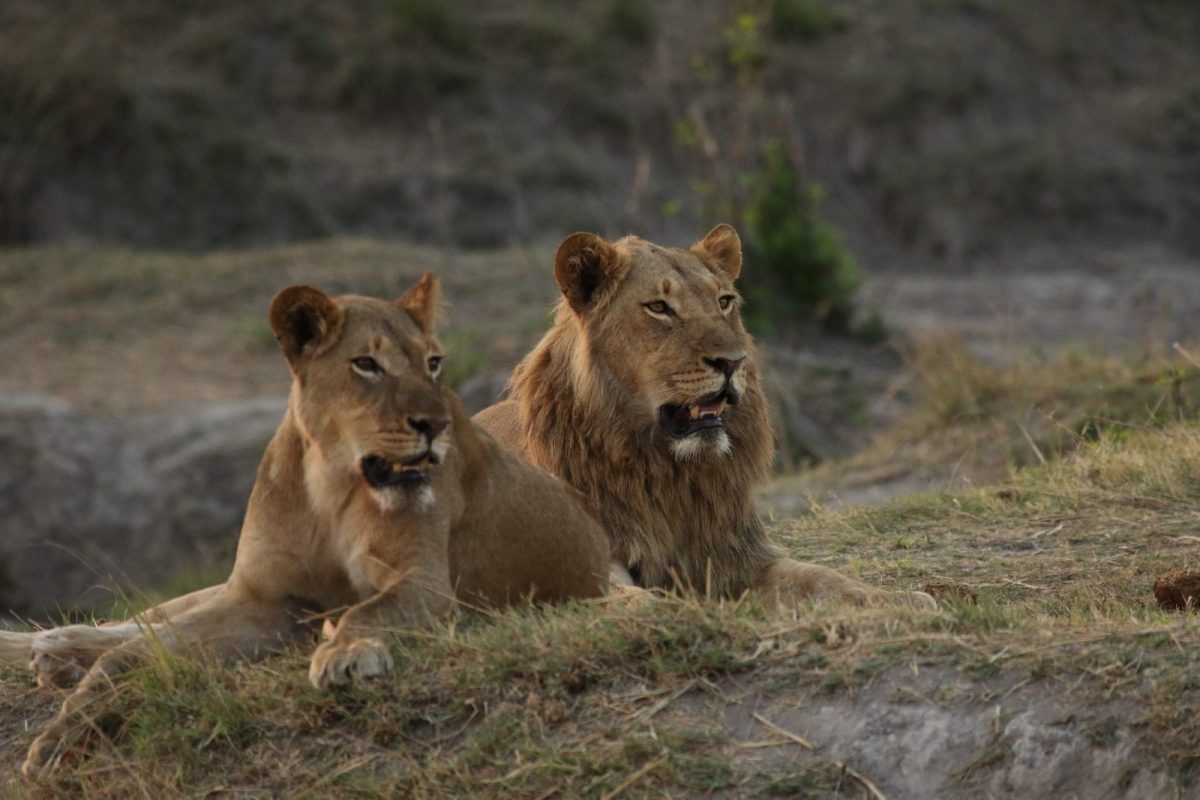 Investigating a “dead” elephant: Another time while exploring the bush we saw an elephant about 30 metres away that was lying down on its side and appeared to be dead. Everyone in the vehicle agreed that it was dead but one guest was insisting that it could see the stomach rising and falling as if it was breathing. There would be no peace until we knew for sure, so I decided to investigate. As I carefully approached, the elephant bull must have smelled me because it stood up. The mystery was solved, and it was time for me to move swiftly back to the vehicle.

But on my way back, and to my great shock, I saw that one of the guests was busy getting out of the vehicle. I asked him what on earth he was doing and he said that he felt safer on the ground than in the vehicle, because he can run faster on foot! I told him to please get back in so that we could continue safely on our way.

What Courage loves about Nantwich…

The best thing about Nantwich is the exclusivity and absolute privacy. The only vehicles that are driving around are our vehicles. Often in more popular parks, or more easily accessible areas when you come across a lion or leopard kill after a while there will be 10 or 15 vehicles around it, this would never happen at Nantwich. I also hope that guests will have warm memories of their experience interacting with the amazing team of staff at Nantwich, all who have something special about them and are dedicated to ensuring that guests have a memorable experience. 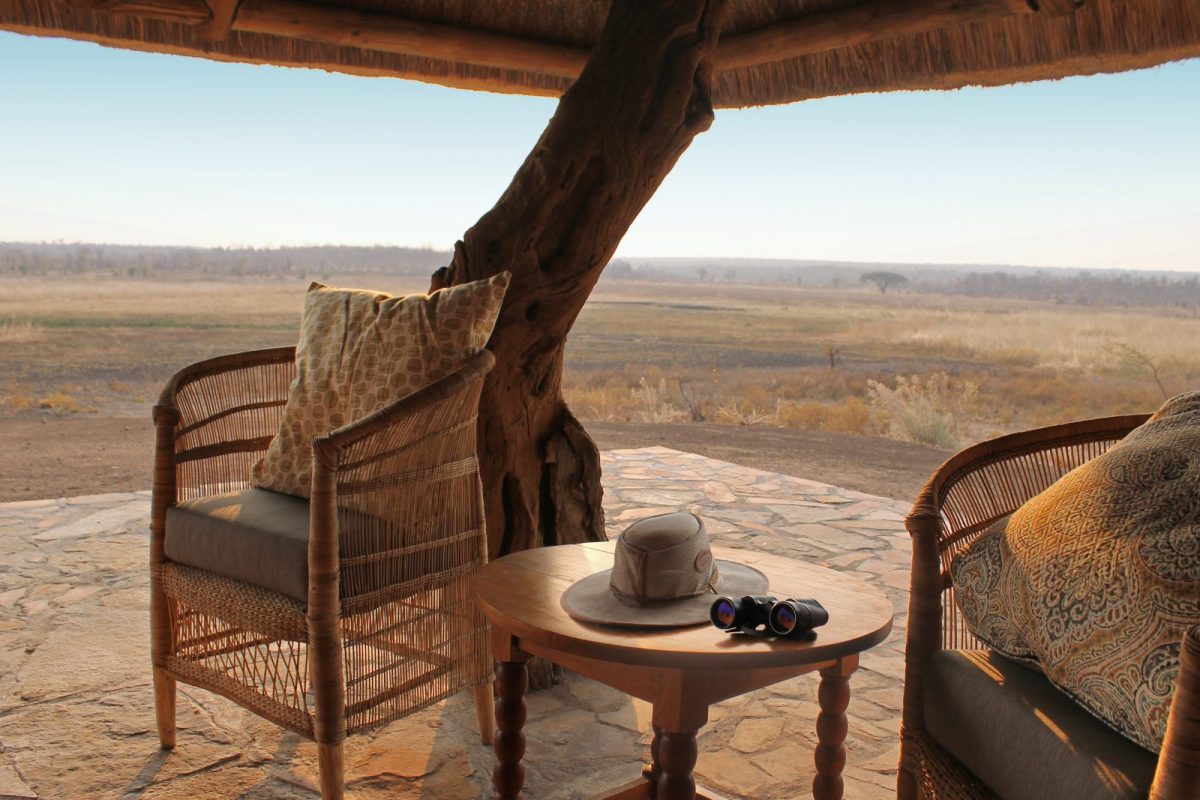 Food: Sadza, a Zimbabwean staple. Made from cornmeal it is slightly similar to Polenta. Delicious with some meat and sauce.

Animal: African Elephant. When I look at elephants I see a reflection of human beings. They are very intelligent and emotional and fascinating to watch. I could actually watch them for hours. Especially in Hwange where there are so many elephants.

Flower: Flame Lily, the national flower of Zimbabwe. It’s a rare flower with a special story. In Zimbabwe, it is believed that if someone picks this flower for you that they really like you, and in fact that is how I got my first girlfriend by presenting her with a Flame Lily. The flowers are actually protected and people are not allowed to pick them – but I was young, foolish and in love.

Place: Victoria Falls. I feel so lucky to live so close to the natural phenomenon that is the majestic Falls. Because it is a tourist hub there is a vibrancy and exciting atmosphere with lots to do and see.

Hobby: I have developed a passion for wildlife photography, I am actually saving up for good camera to further explore this hobby. As a guide I have so much access to amazing wildlife sightings that I would love to capture and then be able to share more of the beauty of Zimbabwe with people around the world.

PrevPreviousGoing Back to Nantwich – By Tony Park, International Author and Nantwich Investor
NextDo Something Different in Victoria FallsNächster