Life of a Hippopotamus

Otherwise known as the ‘river horse’, the hippopotamus can always be found in and around bodies of water. The third-largest mammal in Africa, after the elephant and the white rhino, the hippo is a formidable adversary. They can live up to 50 years in the wild, and weigh up to 5 tons (that is equivalent to about 5000 kgs!) So follow me follow down to the wallow, but keep a respectable distance as not only are hippos large in size but equal in aggression as one of the most territorial animals in the world! 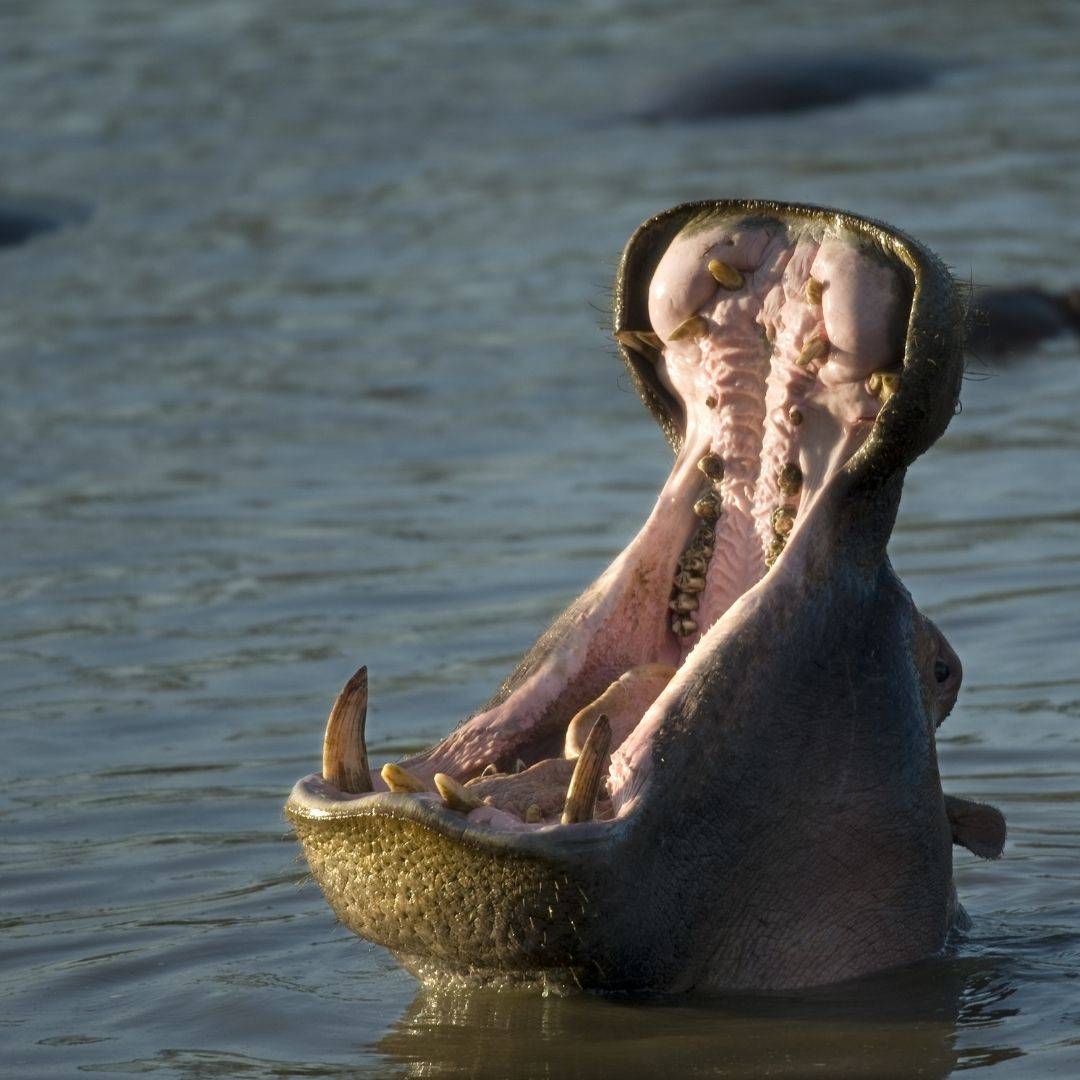 The hippopotamus tends to generally hang out in ‘pods’ of between 20 and 100 members. However, in some cases, there have been known to be as many as 500 near a limited water supply, especially in times of drought. Each pod is led by a territorial bull, keeping the masses as well as his status in check. Fights often break out when two bulls cross each other’s path, the older and stronger male asserting dominance, teaching the younger a lesson. During times of overcrowding, these fights occur more regularly, the congested nature of the waterhole disturbing the hierarchy. 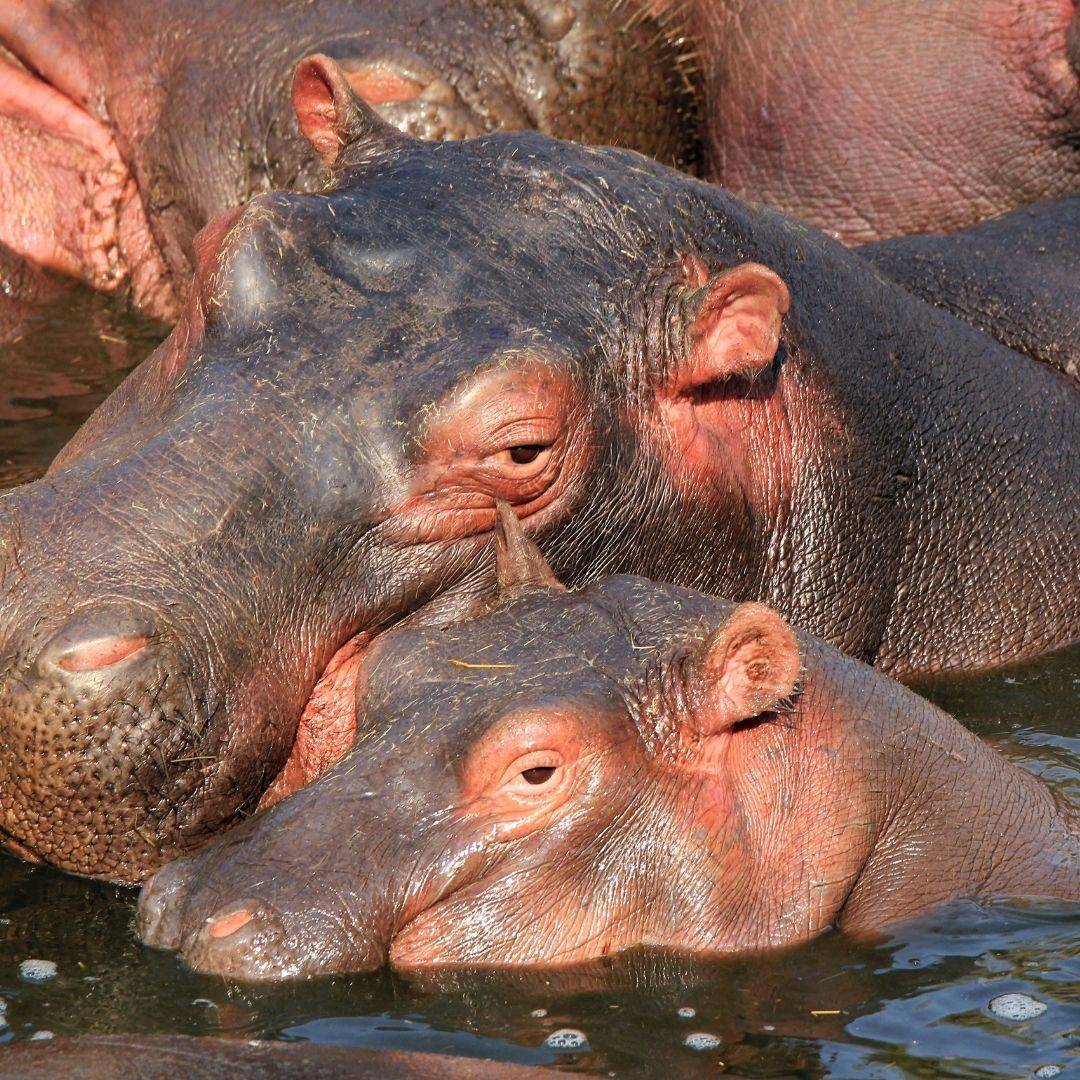 Due to the composition of their skin, hippos spend most of their time submerged in water, keeping cool and out of the sun. Unlike other mammals, they do not have sweat glands, secreting a red fluid instead which acts as a sunscreen. This, along with mud and water, is how they control their body temperature. The fluid is also used as an antiseptic, healing wounds from fights amongst themselves; either protecting their young or due to another male challenging for the dominant position.

Dusk, twilight and the dead of night invite hippos out onto the land to feed. This is when you are most likely to see them out of the water when staying at Hideaways Masumu River Lodge. Grazing on grass for four or five hours, and covering around 8km, they will consume about 40 kg of food. Compared to their massive size, this isn’t an enormous amount, but being a more sedentary animal they are able to reserve most of their energy throughout the day, until the next feed. There have been records of hippos occasionally feeding on animal carcass, threatening their gold star herbivore status.

They enter and exit a body of water at the same spot, creating a deep groove in the sand resulting in a hippo path. These paths also exist under the water where they run along the bottom of a river between the reeds. This is due to the fact that hippos can’t actually swim! They float or sink to and from the surface by controlling their breathing and body position, and then walk, run or even seemingly prance beneath by pushing off the ground. As they have eyes and ears above the water, and the mouth and throat below, they are able to submit sounds simultaneously. According to Science Direct, this is known as the ‘amphibious position’. When on a morning, evening or fishing cruise one will often see their heads and ears pop up above the water to hear and see what’s going on.

Hippos are important members of the ecosystem. Their dung helps maintain the health of rivers, vast amounts of nutrients from grass on land is spread into the water. This creates a natural fertiliser across boundaries as they defecate against trees while standing in or near the water, using their tales to spread their dung. Fish also rely on their excrement as a source of food, either eating the dung directly or feasting on the insects which do. 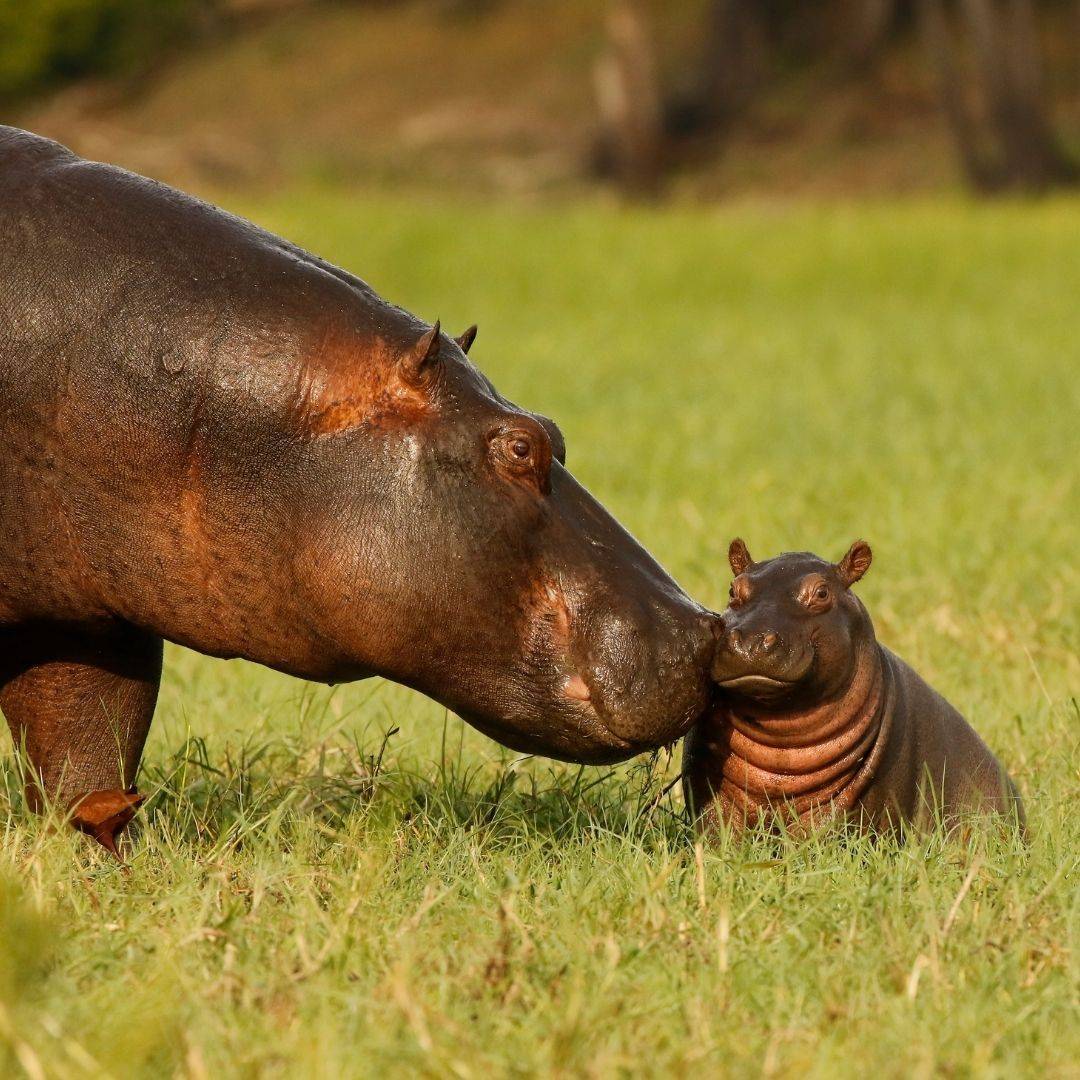 A female hippo, called a cow, will give birth to one baby at a time after an eight-month gestation period. According to Africa Geographic, a week before birth the mother will leave the pod, seeking out a shallow channel for the calf to be born. This allows for the protection of the baby from older, territorial males as well as ensuring imprinting on the mother before they return to the fold. She remains extremely protective for weeks after they reintegrate, keeping her calf near her at all times. These are the future hippos of Africa, each vital to species survival, as well as the overall survival of our river systems.