Hwange holds a character as biodiverse as the ecosystem itself. Being the largest national park in Zimbabwe, covering an impressive 14, 650 sq km, there is much scope for variety. Due to its sheer size, its topography and woodland are different in each area, keeping curiosity consistent.

There is a specific section of the Hwange National Park close to the heart of Hideaways. It stretches for 180km from near Main Camp in the east to the northwest, near Robins. We affectionately refer to it as ‘Ndhlovu Drive’ in admiration of the number of elephants one encounters in the area. These herds of gentle giants frequent certain lifegiving waterholes along the way, the highlights of the journey for both man and beast. These pans are kept topped up by solar-powered pumps and maintained by an organisation worthy of accolade; Bhejane Trust. The trust assists National Parks in a variety of ways, one being the provision of water, ensuring the resource is available over large distances.

Water is a precious and scarce resource for a park of such magnitude – filled with an abundance of wildlife – some of which travel its length, breadth, and beyond. With over 100 species of mammals, an elephant population some 44 000 strong, and 400 species of bird, the demand for water is high. Then there are predators, insects, flora and fauna – each element of the ecosystem reliant on another. 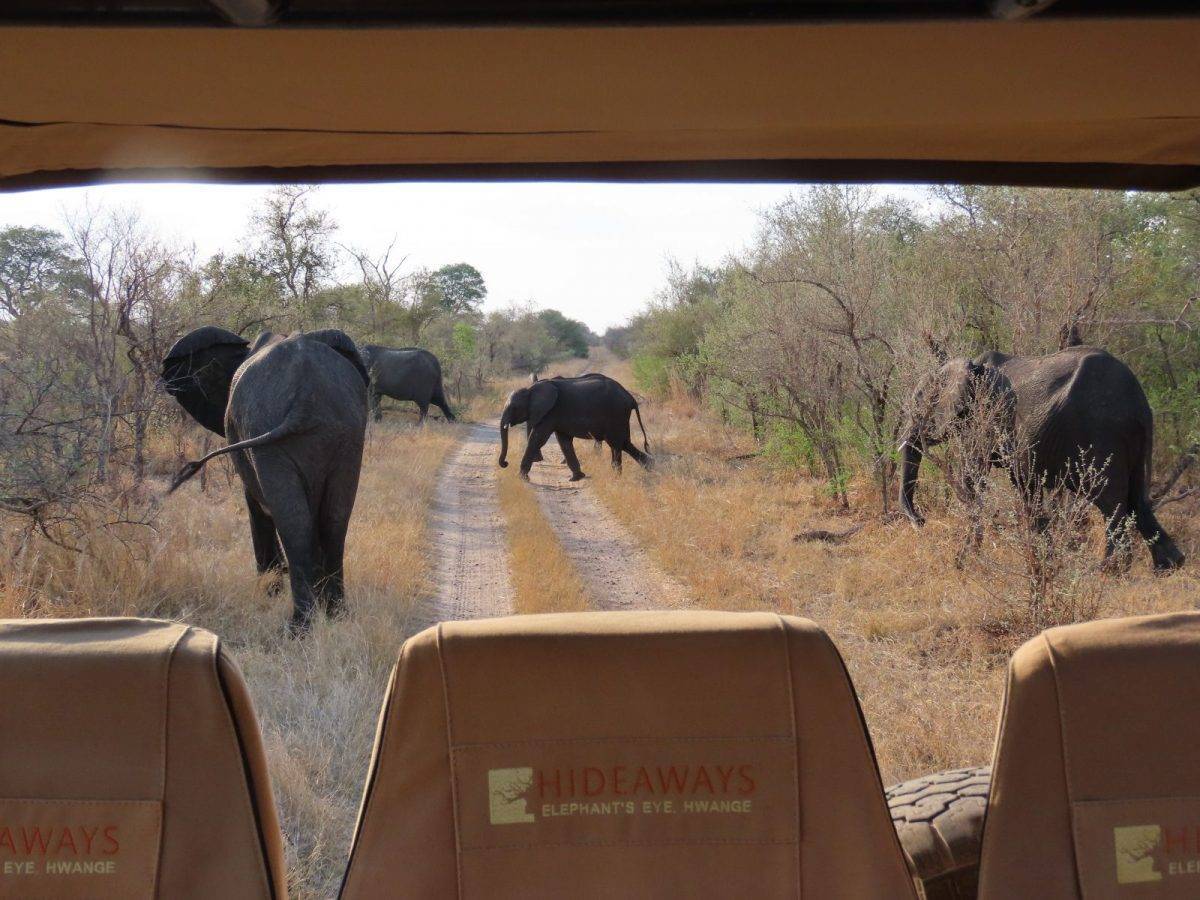 One may experience ‘Ndhlovu Drive’ as a half-day or full-day excursion, beginning at Elephant’s Eye, Hwange in the Sikumi Forest, and driving through to Nantwich private concession in the Robins section of the park. The excursion showcases the diversity of Hwange; its landscapes, woodlands and wildlife in constant flux.

Rise with the sun in the east at Elephant’s Eye, Hwange for an early breakfast before embarking on your journey. Heading into Hwange National Park via Main Camp, one must keep your eyes peeled. As there are no fences between the Sikumi Forest and the main park, lion, elephant, antelope and even the endangered wild dog move freely between.

The first source of water is 34.7km away: Nyamandhlovu Pan (S 18°46’493”  E 026°53’305”). Its raised hide, which offers views of the open plains and large numbers of wildlife, earns it the title of most popular waterhole in the park. It is frequented by zebra, kudu, elephant and is home to a pride of lion.

After a morning coffee, the trip takes you north through teak forests and Mopani groves onto Shumba Pan (S 18°48’555” E 026°20’838″), 67.3 km away. On the way are smaller, seasonal waterholes, each playing their role in sustaining the ecosystem. Shumba has a picnic site with ablutions and tall shady trees – keep an eye out for the resident Scops owl. Its iconic raised hide, open plains and large numbers of wildlife make it one of the most popular waterholes in the park. It is frequented by zebra, kudu, elephant and has resident hippo and a number of huge crocodiles.

Time becomes fluid and hours pass unnoticed as the enamour of nature takes over. Each pan, each pump, each elephant encounter evokes fresh excitement and interest. The bonus comes in understanding the necessity of providing water beyond lodge borders for the animals of Hwange National Park.

14km further lies Masuma Dam (S 18°43’841” E 026°16’842”), full of hippos and crocodiles with a hide built on a hill for a bird’s-eye view. This perspective makes it popular for photography, fanatics settle beneath its thatched roof and cool stone walls, ready to capture the ways of the wild. It is also a favourite for elephants, their arrival quenching the thirst of the herd as well as those behind the lens. 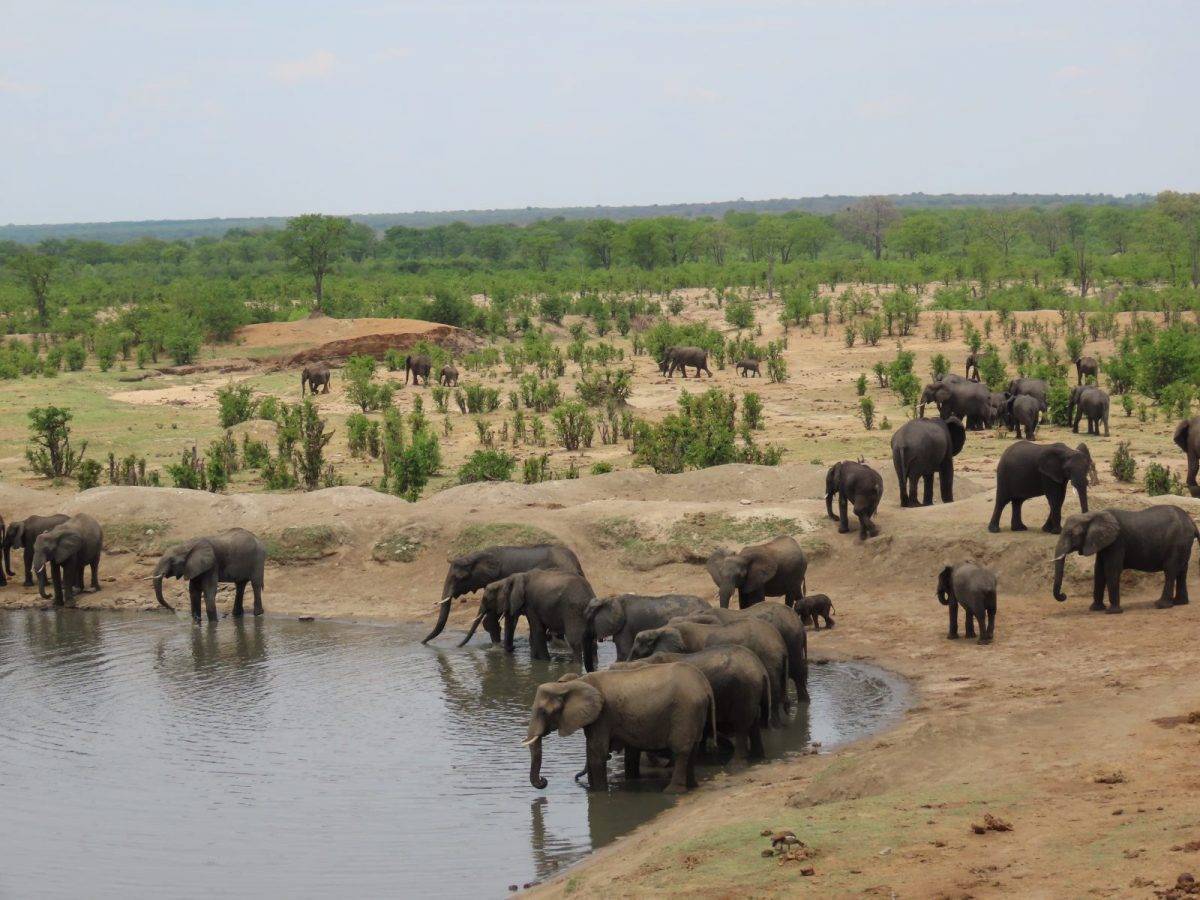 From bird’s-eye to ground level, Deteema Dam (S18° 40’428” E26° 08’798”), located off the main road, invites viewing from its hide on the side of the water’s edge. During the dry season, when the water level is low, elephants will sometimes walk right in front of the hide, almost close enough to touch.

With 33 km to go, the final waterhole of Ndhlovu Drive sits in front of Nantwich Lodge, frequented by an almost constant daily procession of game – especially before the rains. The area is renowned for its huge herds of buffalo, sometimes more than a thousand strong. It also holds the highest density of lions in the park. Watch out for Percy’s Pride, named after Nantwich’s colourful colonial-era owner, Percy Durban Crewe, as they stalk the periphery of a seething black mass buffalo, scrutinizing their prey. Nantwich is fast gaining a reputation as ‘cheetah country’ – the open, grassy vleis around the lodge are the perfect habitat for the world’s fastest predator. 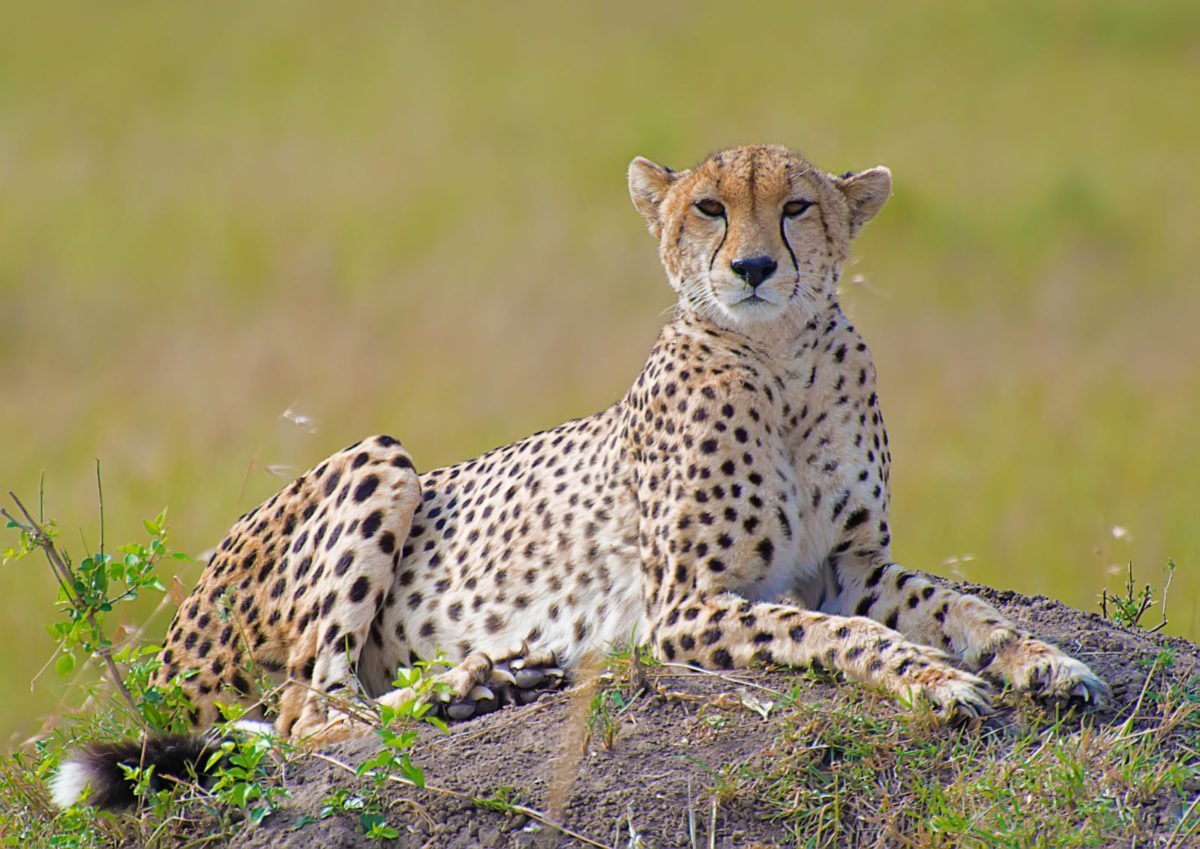 Having either arrived at lunchtime, in the golden light of sunset, or to the flames around the campfire, quiet moments of reflection are shared. The insight of the critical issue of water provisions throughout the park gifts new appreciation for the conservation warriors of Hwange, maintaining and protecting our wild spaces in all its biodiverse beauty.

Get in touch with us by completing the form below.
PrevPreviousEarth Day 2022: Invest in our Planet
NextIn a While CrocodileNext