Being the largest national park in Zimbabwe, Hwange is a biodiversity stronghold. It’s 14, 650 km sq is home to an extensive range of species, great and small. The landscapes of the park from north to south vary greatly, each area distinctive in character. The north is dominated by Mopane Woodland with hills and rocky outcrops, whereas the south sprouts Zambezi teak trees upon flat savannah grassland. The difference in flora and topography results in subtle changes in the ecology of the area, attractive to certain species, giving each region its own unique essence. 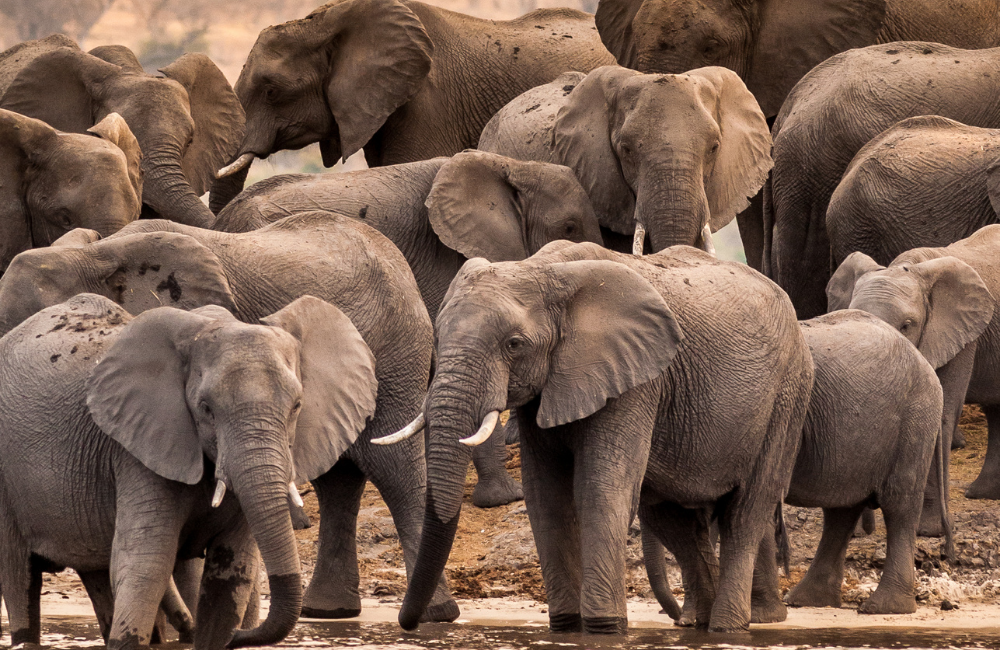 Famous for its elephant population, around 44 000 strong, the park draws safari seekers from near and far, curious to observe these gentle giants time and again. Over 100 species of mammals, including the iconic large herbivores such as buffalo, eland and sable, are followed by a healthy predator population, hot on their tracks. One of our favourite, the elusive and endangered wild dog, recently graced us with their presence at Elephant’s Eye, Hwange. 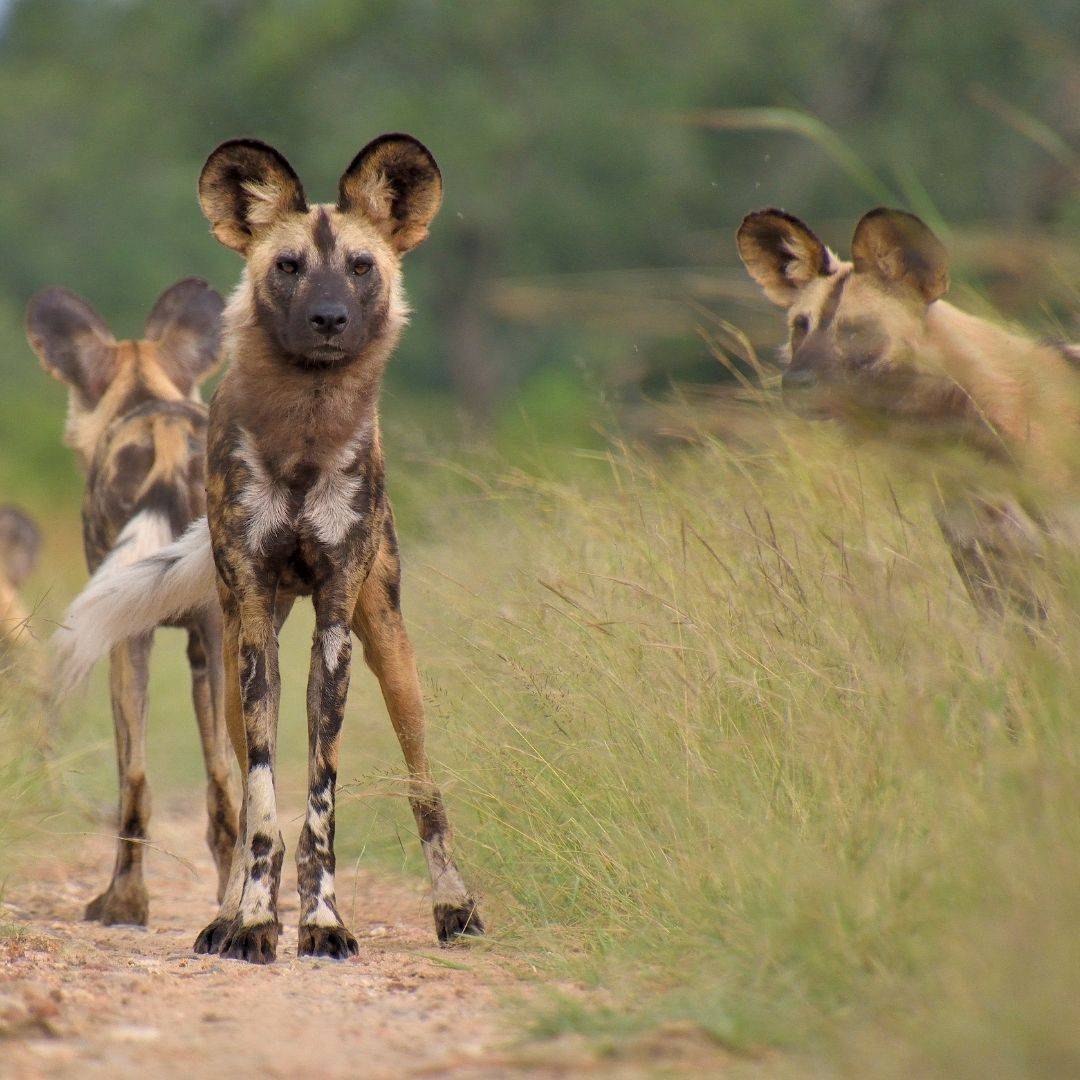 Being pack animals, wild dog move and hunt in groups from 10 up to 40 strong. Highly intelligent with superior means of communication, they have an 80% success rate when hunting, each dog fully aware of its role in the process. Confident and opportunistic predators, they hunt medium sized antelope, such as impala and kudu. A wild dog sighting always feels like a gift from mother nature, a burst of dynamic patterns and movements fill the bush. Our last set of guests had the honour of a pack bidding them farewell from their stay at the lodge, a final gift from the wild before their departure.

The African wild dog lives a fragile existence. With an estimated 6600 left on the continent, their population is thinly spread and heavily threatened. They, unfortunately, have become collateral damage to poachers’ snares, caught in traps not meant for them. Habitat loss, disease and predator competition add to their battle for survival. There are many organisations that dedicate their time to spreading awareness about the plight of the wild dog, collecting funding for education, anti-poaching, rehabilitation and translocation. 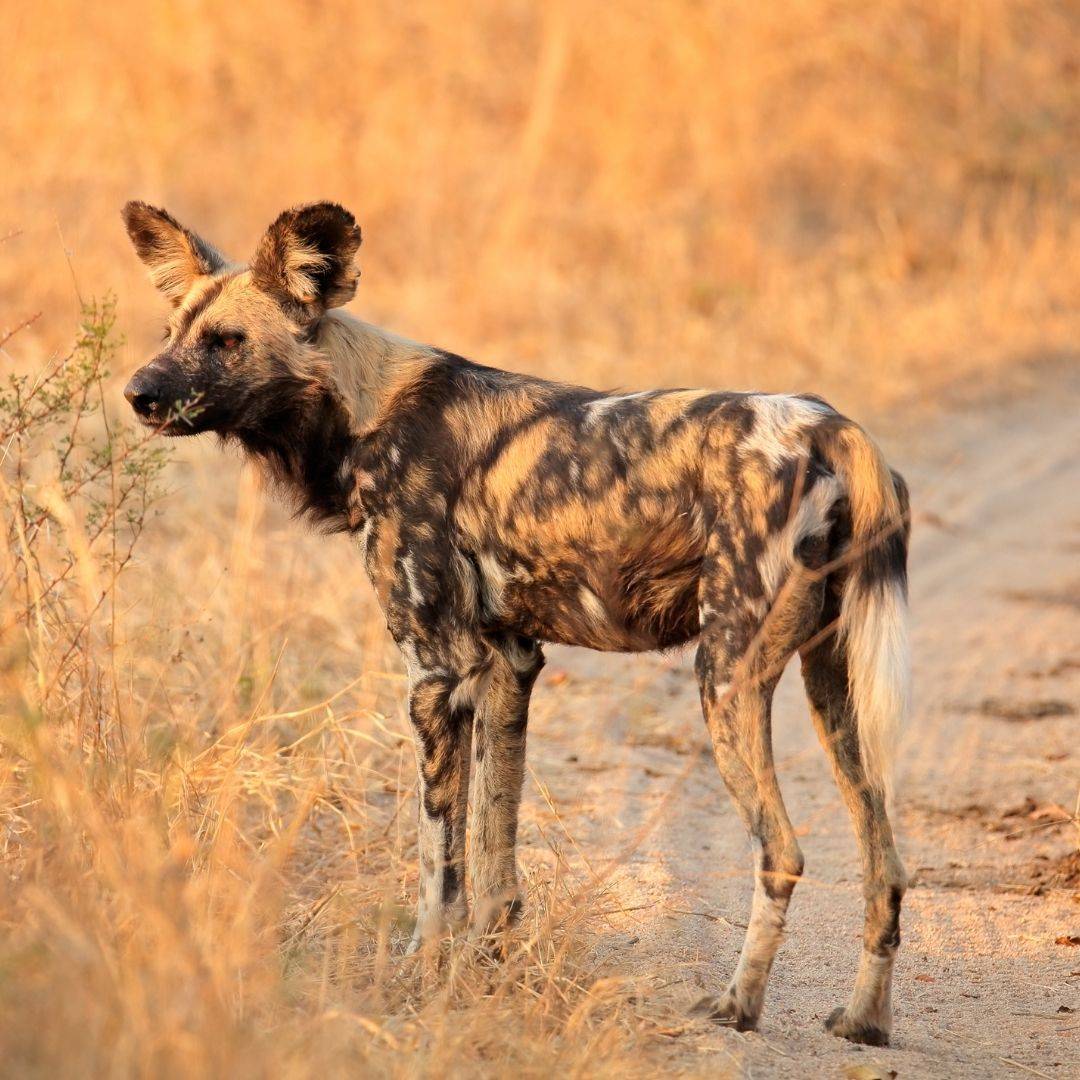 One particularly successful and consistently proactive programme is the Painted Dog Conservation Centre, a half hour drive from our Elephant’s Eye property. Bold in colour and character, each dog has unique patterns on its coat allowing for researchers to identify individuals and monitor their role within the pack, hence the name, ‘painted dog’. The centre focuses on aiding both humans and dogs – with a high-quality education component to hold courses and spread awareness, as well as a rehabilitation section for injured or orphaned dogs. Employees are trained from local communities, spreading their knowledge and skills amongst others living on the park’s borders.

The centre aims to address such threats with anti-poaching units constantly patrolling the surrounding areas, removing any snares found along the way, totalling an average of 3000 snares a year. The snares are then repurposed at the centre, employing local residents to create art and craft from the wire, simultaneously creating income for local families. The education facilities and up-skilling extend to a bush camp run by the centre, hosting over 1000 students a year, instilling a sense of pride and respect in their environment, hopefully for generations to come – giving the dogs a fighting chance. Guests at Elephant’s Eye, Hwange are encouraged to visit the Painted Dog Conservation Centre, coming away with a broader understanding of human-wildlife conflict, as well as the interwoven nature of communities and the national park. Their donations, as well as art purchases, contribute to research, food, employment and medical care – tourism its very own channel for wildlife and community survival.

Fill in the below form to contact us to learn more, witness more and understand more about the African wild dog.

Get in touch with us by completing the form below.
PrevPreviousThe Science of Relaxation
NextMatobo Hills: Black Eagle ParadiseNext