Bird watchers are in for a real treat at Elephant’s Eye, Hwange. Africa is a fantastic destination for serious twitchers and burgeoning bird enthusiasts alike. When booking an African safari experience, you will find a wealth of information about the Big Five and other renowned game, however, many visitors find themselves as enthralled by the birdlife as much as the wildlife on this diverse continent. While you are on your game drive or even just relaxing at the lodge, you’ll spot a wide variety of our feathered friends enacting their quirky habits. Read below for some of the birds that you can find around the Elephant’s Eye, Hwange concession.

This unusual bird is recognised not only for its vibrant colours but also by its distinctive elongated tail feathers that end in beautiful paddle-shaped tips.

Generally found perched on the fine branches of Hwange’s abundant Mopane trees, it is from this strategic vantage point that they swoop down onto the ground to prey on insects such as grasshoppers and beetles.

Being quite territorial they are known to fearlessly drive away intruders by shooting down from a height with a cacophonous screech, and then rolling from side to side once they become level. A fascinating feat to witness unless you happen to be the one under fire. Don’t mess with these mobsters.

The magnificent Purple Rollers of Hwange prefer to perch on dead branches whilst hunting and are known to pay particular attention to their nests, using the same one for years whilst giving regular inspections when not in use. They are also highly territorial and will chase away any other rollers, crows, and even small hawks without fear or hesitation. Protecting their turf like a true mob boss.

But it is their elaborate courtship ritual, involving feeding and acrobatic flight performances that brings out their exhibitionist side, which is a real delight to see. 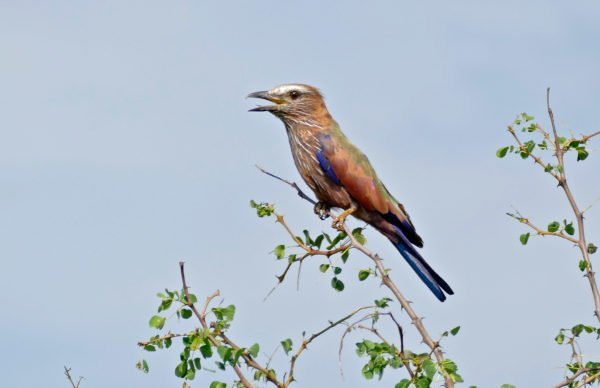 Arnot’s Chats are especially exciting to spot. With the proud males adorning little white crowns and the females bearing pretty white chests, these pied pair tend to forage together low down on the Mopani trees, hanging sideways on the bark whilst hunting for small insects to prey on. This is a monogamous relationship in which they spend their entire lives together. In the event that their “spouse” dies, however, only then will they move onto another partner.

What’s also interesting is that they are named after David Arnott, a recognised naturalist with wide interests who was known for his contribution to plant collection and ornithology.

Carmine Bee-Eaters have to be one of Africa’s most striking and beautiful migratory birds. Nesting in flocks of up to a 1000 individuals or more along the banks of rivers, of which they dig out tiny little holes to nest in, they are a beautiful sight to behold when in flight. Like true exhibitionists, they seem to delight in their own elegance and prettiness. As their name implies, these brightly coloured deep-pink and turquoise birds are adept at catching and eating bees with captivating swoops and aerial cartwheels in order to get them. What’s especially interesting is that they have learnt how to de-venom the bees they catch by beating them against one side of a branch and rubbing its abdomen on the other side. They are also attracted to bush fires, snapping up the insects that are escaping the flames.

They are also known for their symbiotic relationships with one of Africa’s largest herbivores, elephants, which they glide in front of, catching any insects stirred up by the elephant’s feet or trunk. 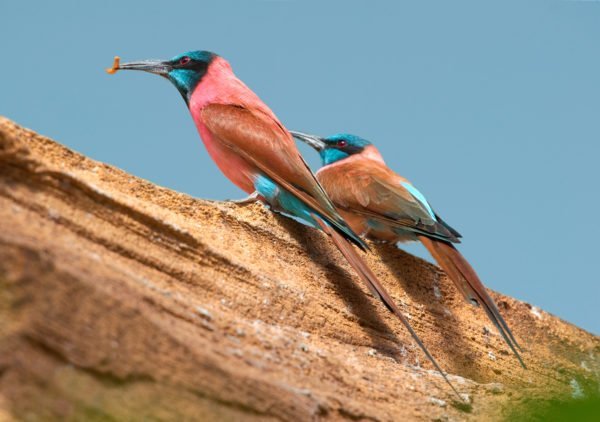 Named after German ornithologist Bernhard Meyer, these highly intelligent African parrots, which are actually bred as pets, are a very special sighting in Hwange.  At Elephant’s Eye, Hwange they’re certainly not pets but the resident flock do like to visit our guests’ tents after their morning shower to drink the remaining water, regardless of whether you’ve had time to put your towel on or not before arriving.

With a brownish grey cap on their heads and a vibrant green back with a blue undercarriage, these sweet little birds are always a treat to see. 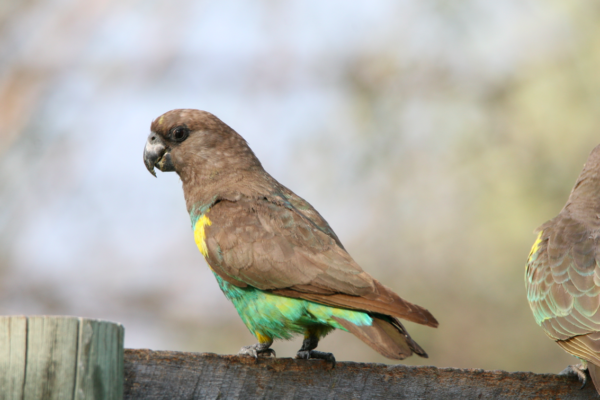 Once of the most enchanting calls of the bushveld comes from the Fork-Tailed Drongo, a small pitch black bird with a beautiful forked-tail who happen to have some habits that don’t make them too popular amongst the other birds. As kleptoparasites, they are known for a form of feeding in which they steal food from another that has either caught, collected, or otherwise prepared. This also includes the stealing of nest material or other inanimate objects.

Added to this, being incredibly talented at mimicry, these extremely smart birds will act as a “watchdog” for certain animals, giving a warning call to alert them when in danger. However, they will also abuse this position to send false warning calls, causing animals to drop their food and run away.

Not only are they kleptomaniacs, but they have arsonist tendencies too! One of our guides at Elephant’s Eye, Hwange has even observed them starting mini-fires to root out insects. During a small bush fire, the bird picked up a burning twig and dropped it further afield where there was no fire and caught the bugs that flew up. Definitely the kind of bird whom you don’t want to get on their bad side. 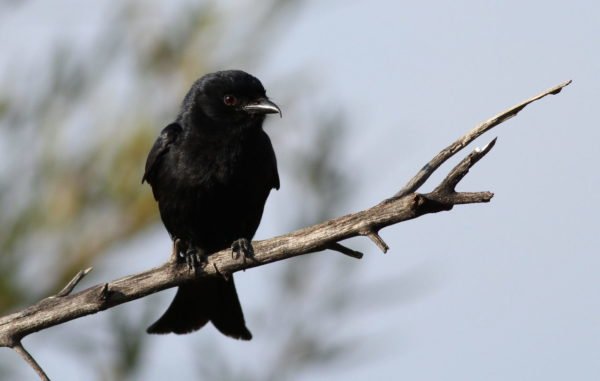