In the northwest of Zimbabwe, on the southern shores of Lake Kariba, lies Matusadona National Park. Located in the heart of the Zambezi Valley, the park contains a unique collection of habitats which home a wide variety of species. The 700m high Matusadona mountain range forms the most spectacular backdrop to the valley floor below where most of the big herds of game can be found. Its remote location keeps it a hidden gem of the safari world, one that should be revealed and celebrated for its diversity. 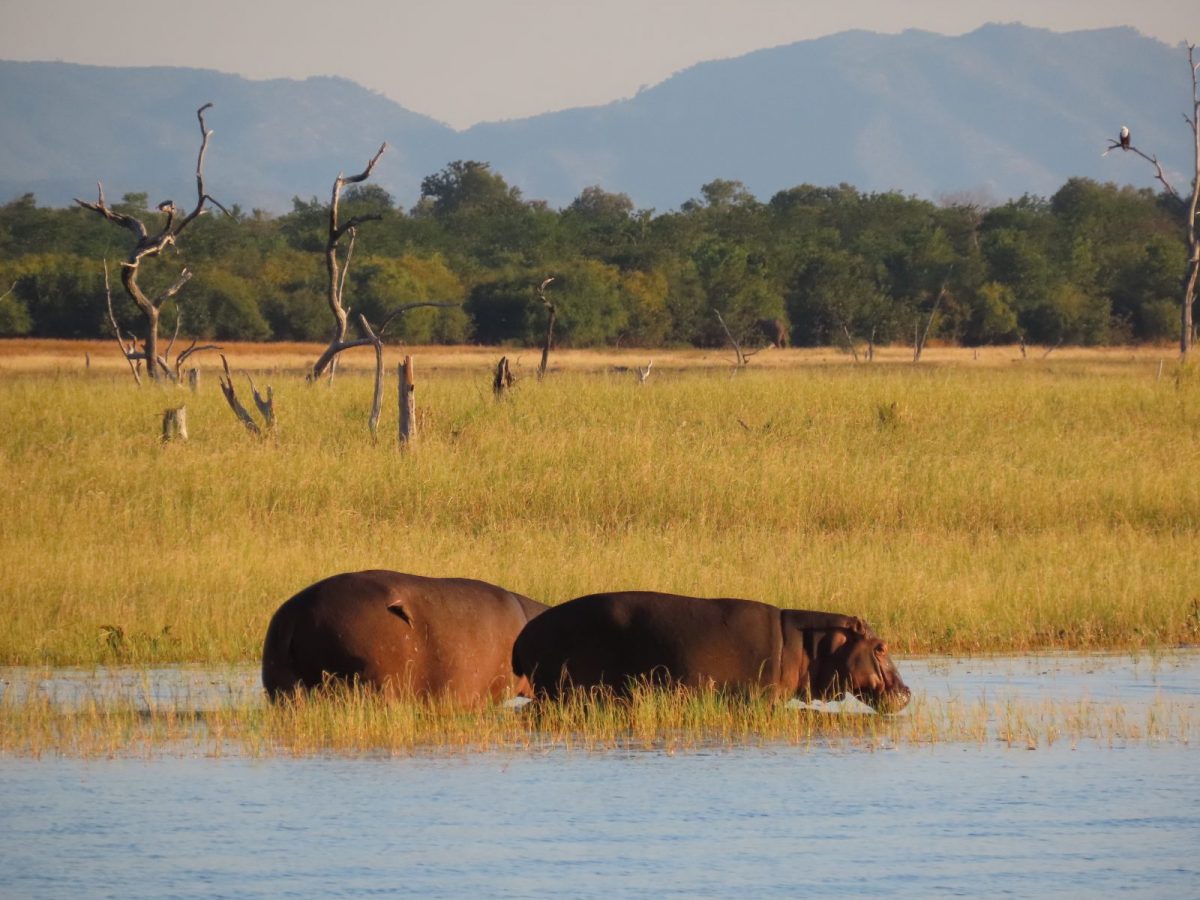 Some say that Matusadona is named after its rolling hills, others say it’s after the elephant dung scattered throughout the valley, indicating its high population of wildlife. Either way, both components are true of the area, each a reason to explore its terrain. The park is made up of three distinct ecological areas; undulating hills of the escarpment, flat grassland and the shoreline along the lake. Each offers a homestead for a variety of wildlife, therefore we recommend exploring all to gain a holistic view of the park. 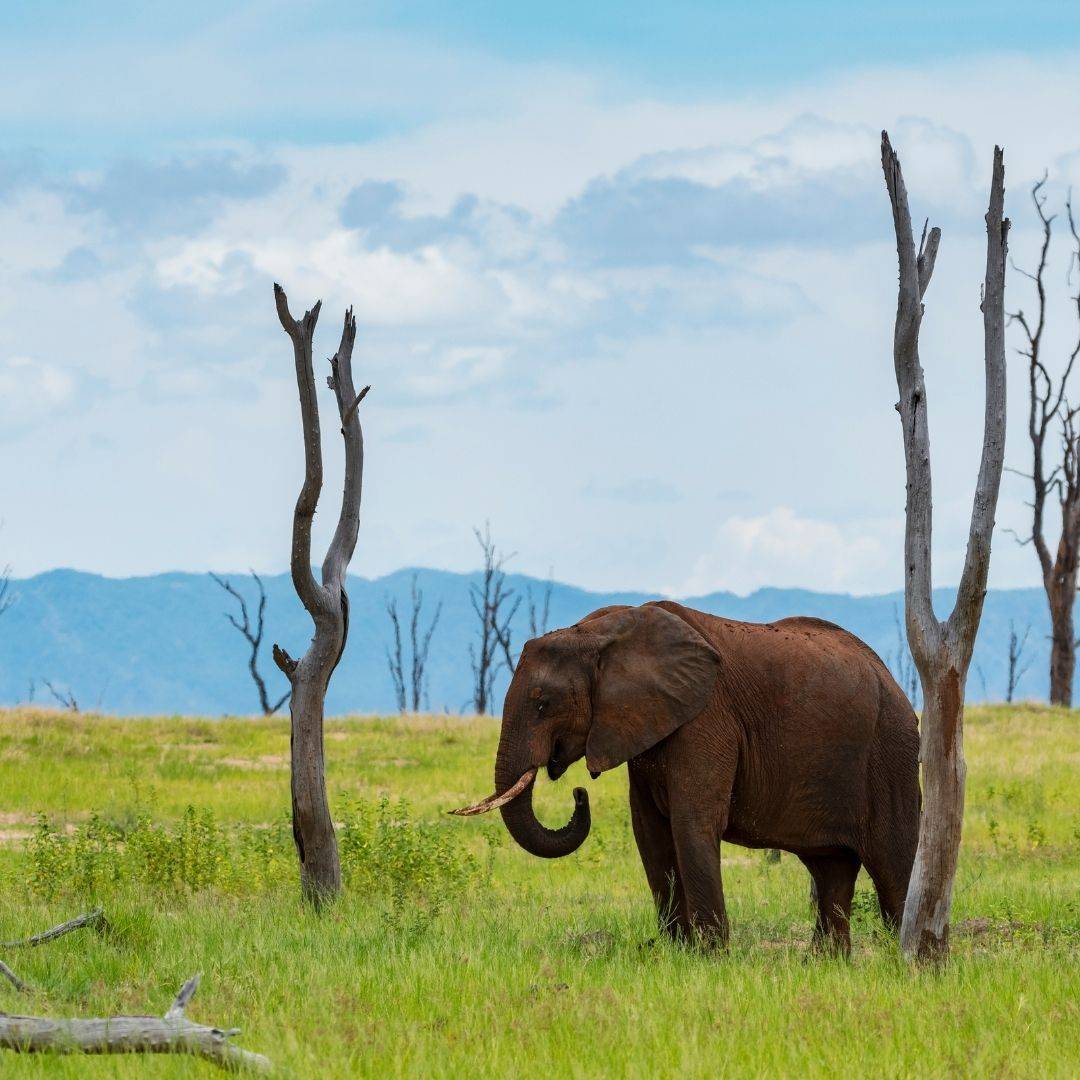 The park has a history both sordid and successful, as do many stories in the conservation realm. Between 1958 and 1963, in the wake of Lake Kariba being built, thousands of animals needed to be relocated due to the rising of the lake waters. A revered and respected Rhodesian game ranger called Rupert Fothergill took on the task of rescuing stranded animals, moving them to safety. Matusadona became the sanctuary for a vast amount of the 5000 + rescued wildlife, the efforts of Fothergill and his team known as Operation Noah, now a conservation legacy. From birds, reptiles to large mammals, they populated the Matusadona landscape, not knowing it would become a stronghold for the Big Five, and be named a National Park in 1975.

Matusadona National Park holds a certain type of magic. Perhaps it is the powerful memory of a time where the land was a wildlife sanctuary, a lifeline for creatures great and small. It is in the grateful first footsteps that create its ambience, the earth itself remembering the arrival of species in need. Since then, it has flourished, and fallen – its remoteness both a blessing and a curse. There was a time when poachers took advantage of its location, ravaging the land for all it was worth. However, passionate and determined conservation warriors have since taken back the reins and are working towards returning it to its former glory. African Parks, in partnership with ZIMPARKS (Zimbabwe Parks and Wildlife Management Authority) have signed an agreement to protect its wild spaces, and harness its potential to create revenue for local communities. African Parks aims to:

Revive Matusadona through a foundation of good governance, an effective law enforcement strategy to secure the park, community engagement initiatives, boosting tourism and restoring wildlife populations through reintroductions of indigenous wildlife. Our shared vision with the government is to reposition Matusadona as a leading safari tourism destination offering exceptional game viewing from both land and water, benefiting people and wildlife for generations to come”.

The park may be observed from a classic game viewing vehicle, on foot as well as by boat. A combination of the three allows for a wider understanding of the area and its various ecosystems. There is something truly special about a safari upon water. One can get a wider perspective as well as more intimate encounters as boats silently float up to wildlife quenching their thirst from shore.

The ultimate safari on water is to stay on a houseboat such as the Hideaways vessel, Sovereign. You are transported across the lake from bay to bay, experiencing the various islands and ecosystems. From the boat, you are able to embark on game viewing trips on a smaller pontoon. With the wide variety of species, each outing is unique and guaranteed to provide a visual feast, whether it be of birds, mammals, crocodiles or simply the scenery which all complete the Matusadona magic. 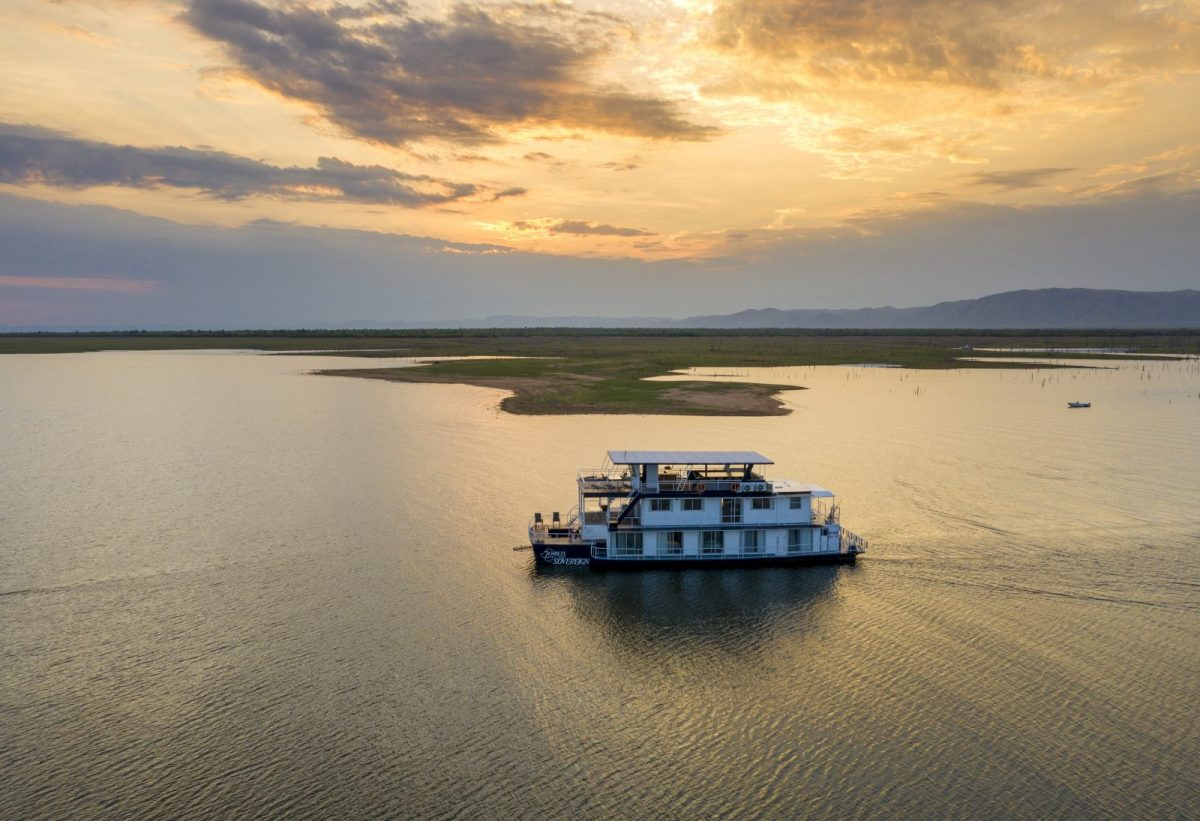 While aboard the Sovereign, surrounded by Lake Kariba and beside the national park, you truly feel like the wilderness is your own. Fringed in the comforts of the houseboat with its various levels and entertainment areas while looking out over the wild gifts a wonderful sense of freedom. The Sovereign offers options for relaxation, upon the couch, within your air conditioned room or beside the pool, each with a view of the wild outdoors. In the evenings, you become completely engulfed by stars and the sounds of the night; the definition of undisturbed and pure wilderness.

Under the watchful eye and passionate hand of African Parks, Matusadona is a thriving and healthy animal sanctuary once again, a safari gem for bucket list destinations within Zimbabwe.

PrevPreviousWhy you Should Travel to Africa in Green Season
NextNantwich Lodge, Hwange: Then & Now by Tony ParkNext