African wild dogs are some of the most misunderstood animals on the continent. It’s because of misinformation about their nature and habits that they have become endangered with only about 5,000 of the species remaining in the wild. Wild dog sightings are incredibly rare.

African wild dogs are also known as Painted Dogs. The Painted Dogs Conservation Centre in Dete, close to Hwange National Park, in Zimbabwe was established to protect & increase the range and number of these precious relatively unknown animals, and to encourage the general public to visit the centre to find out more about them. 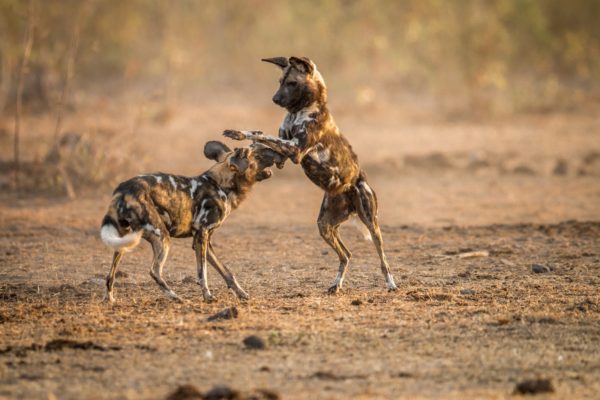 You will have the opportunity to spot these elusive African wild dogs at Elephant’s Eye, Hwange in Zimbabwe, which is part of the  Hideaways collection.

Here are 10 fascinating facts about the African wild dog:

Painted dogs, also called African wild dogs, are a rare species that is only found in Africa.

Zimbabwe’s Painted Dog Conservation, which also runs a rehabilitation facility for sick and injured pups, has estimated that there are between 3,000 and 5,000 wild dogs alive on the African continent 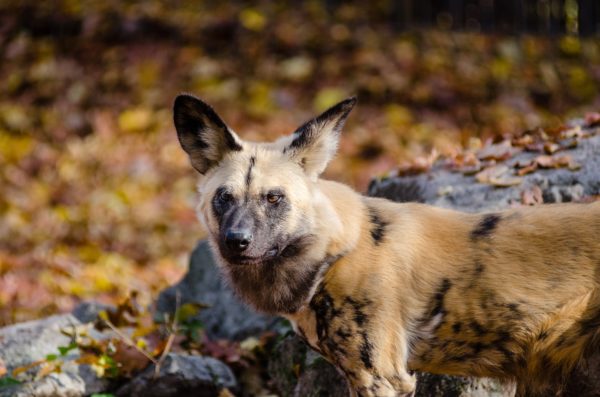 Painted dogs once roamed freely through 39 African countries, and today they are only found in Tanzania, Botswana, South Africa, and Zimbabwe -where the Painted Dog Conservation is located. The greatest number of wild dogs are found in Zimbabwe, where you will have the best chance of seeing them on Safari.

African wild dogs are not actually part of the normal dog family at all, as they have some very distinct differences. For instance, they have 4 toes per foot, not 5 like domesticated dogs. Although they share a common ancestor with wolves and are distantly related to dogs, they absolutely cannot be domesticated as it is not in their genetic framework. 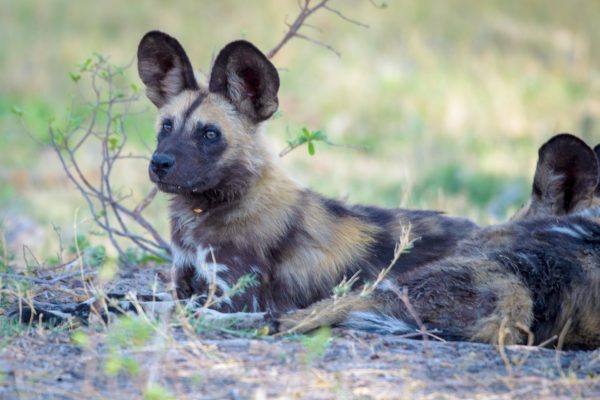 They are famous for their large, round ears and multi coloured coats, with the markings of their coat being unique in each dog. The ears are used as radar and are an excellent tool for hunting.

The wild dog population was decimated during the last century partly due to myths that lead to human persecution. Farmers consider the dogs a threat to their livestock and will generally shoot any that they see, sometimes even going so far as to poison their dens. However, there is not much evidence of Painted Dogs attacking livestock and they would really only do so when desperate. Another outside threat to Painted Dogs is diseases such as rabies. Today the Painted Dogs Conservation is working hand in hand to educate local citizens and foreign visitors in assisting and helping to integrate these wild dogs back in Africa. 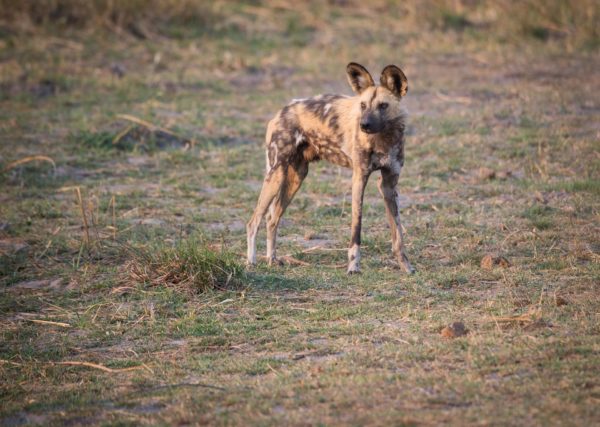 Like their domestic cousins (our household dogs), Painted Dogs are social animals and have a rich and co-operative existence. The packs have a well established social hierarchy and the animals are incredibly caring and co-operative towards each other, even caring for sick or injured animals of their pack.

Their Latin name Lycaon pictus translates directly to Painted Wolf, referring to the different patches and spots of colour on their coats. They are known as both Painted Dogs and African Wild Dogs. 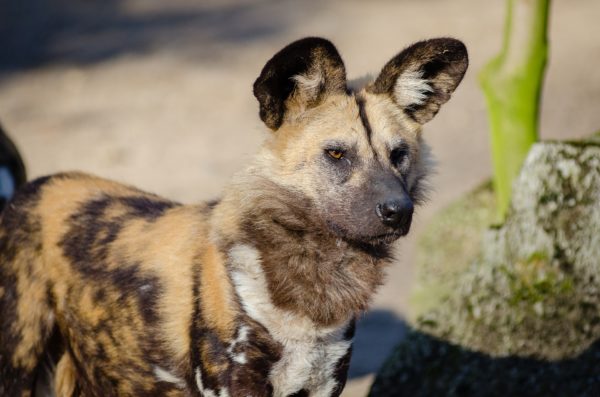 Painted Dogs are incredibly successful hunters, their success rate far outnumbers their biggest rival, the lion. They are incredibly coordinated and communicate throughout the entire hunt. They are also more brazen in their hunt and don’t sneak up on an animal but rather tackle them head on, using the rest of the pack to corner their prey.

Painted Dogs are nomads and roam the vast African plains in their packs, only remaining in one area when denning. Their territories can span between 400 and 1500 square kilometres. They have been known to travel up to 50 km in a single day. Which is why human encroachment on their habitat is such a devastating threat.

Anyone who can’t help but be fascinated by these special creatures should visit the Painted Dog Centre in Hwange, Zimbabwe; a rehabilitation facility for sick and injured dogs.  Their main aim is to heal the pups before returning them back into the wild.