Atop a granite hill in Matobo National Park, surrounded by an amphitheatre of boulders, lies the grave of Cecil John Rhodes. With panoramic scenery akin to a painting – a landscape of rugged rock formations and thick vegetation seemingly stretching to the horizon – one gets the feeling of peering into the past while rooted in the present. Rhodes himself dubbed it ‘View of the World’ mesmerised by the gentle ambience of Matobo Hills and the breathtaking vista beyond, and chose it as his final resting place. The name has since adapted to ‘World’s View’, its ascension requiring a little effort, with high rewards.

Matobo Hills is an area distinctive in nature, its collections of granite rocks piled atop each other, curved smooth by time. Here lies the origin of its name – ‘Matobo’ meaning ‘bald heads’ in Ndebele. Some of the angles at which the rocks sit seem to defy the laws of gravity, precariously placed and held by some invisible force of nature. Large, solid kopjes (hills) have been sculpted over aeons, creating overhanging caves and smaller crevices that have been used as shelters for humans and animals over thousands of years. There are over 2000 ancient rock art sites dating back 13 000 years; stories told in paint scribed upon cave walls. 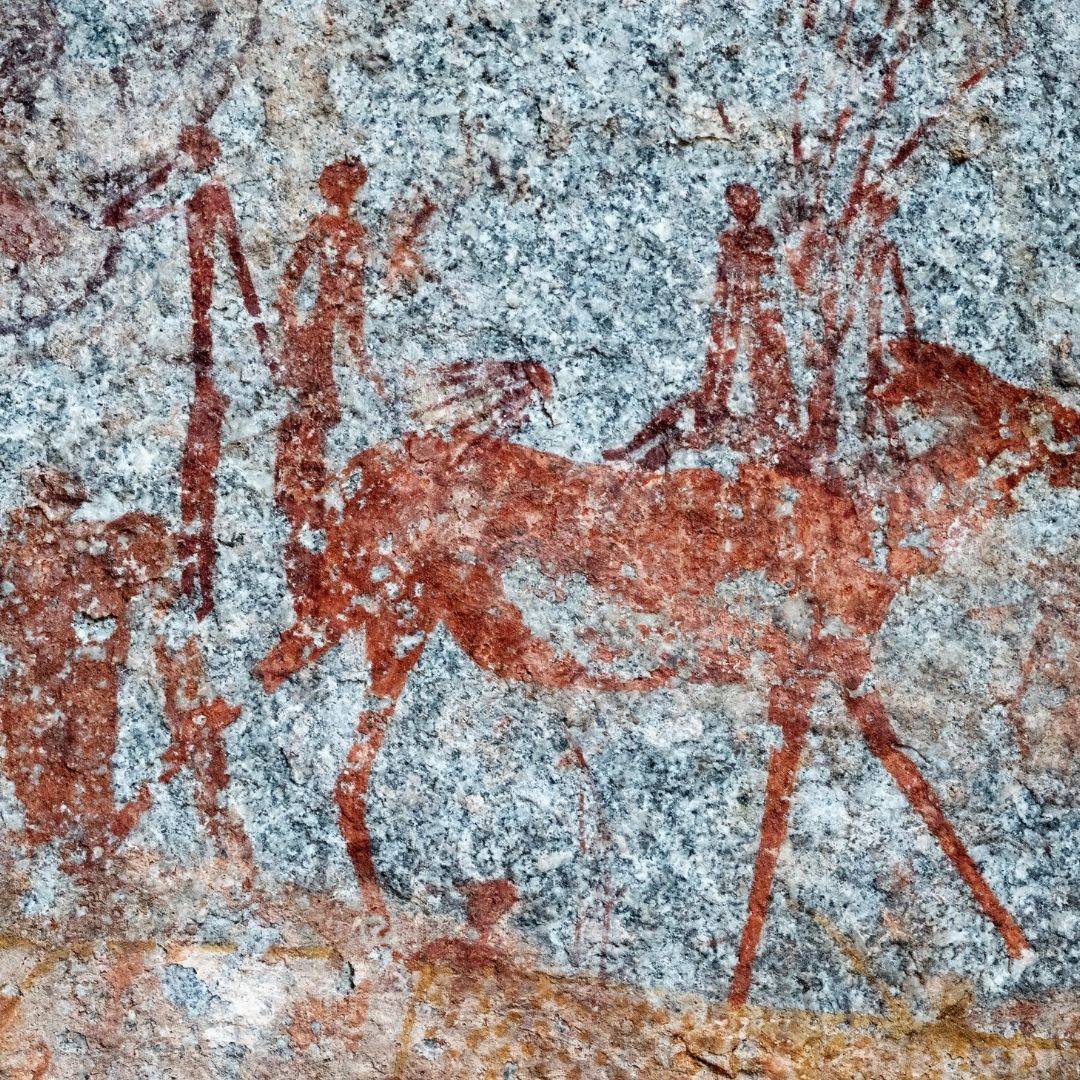 Before Cecil John Rhodes claimed the hill as his final destination, during his either cursed or celebrated actions in southern Africa, World’s View was already known as a spiritual space by the local community. It is known in the local language as ‘Malindidzimu’ meaning ‘the hill of spirits’. It is believed that the hill is the resting place of benevolent beings – a highly respected location within the national park. There are a myriad of ancient ceremonial sites throughout the park, the area as a whole a cultural landscape. The Matobo rocks are viewed as ‘the seat of god’, sacred shrines within the hills where one can contact the spirits.

As gentle as the atmosphere may now appear, it holds a controversial history. Territorial battles were fought within the winding valleys below the boulders, carving the paths of history for Zimbabwe. Missionaries, pioneers of exploration and colonial forces traversed its land in search of their respective treasures, forging friendships or making enemies along the way. Lives were lost, land was gained, respect was shared and tribes were divided. To embark on an excursion up to the burial site and learn about the past is a fascinating peek into the historical, cultural as well as spiritual foundation on which Matobo is built.

There is an option of a day trip into the national park while staying at Shashani Matobo Hills Lodge. The day’s activities include a morning of rhino trekking – walking in the footsteps of these endangered giants, led by a professional guide. Framed by granite boulders and traversing through golden grass, this experience too, is spiritual. It is an honour to witness these magnificent creatures in the wild, respectfully observing from a distance. The guide will share his indepth knowledge about their species, their history and their uncertain future. One will leave in awe mixed with the deep hope that conservation efforts eradicate the corrupt act of poaching.

The afternoon is filled with the exploration of kopjies, ceremonial sites and ancient rock art galleries. You will be lead down the contours of history while standing adjacent to Rhodes grave, gazing over the same panoramic vista which so captivated his heart, as well as the souls of the Ndebele. Colourful lichen covers the granite, paths of patterns leading you to historically significant gravesites and monuments. Lizards equally bold in colour and stature sprint in and out of crevices, bursts of luminous greens, blues and reds dashing between rocks. Black eagles soar high above as if watching over the sacred space, safeguarding its stories.